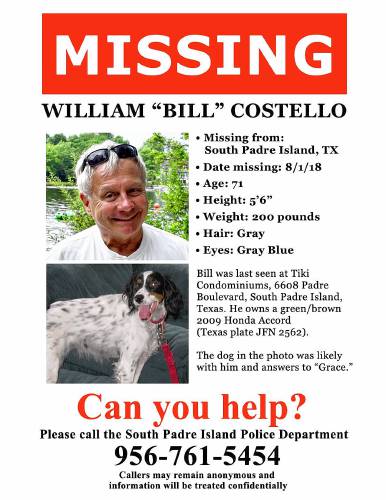 SOUTH PADRE ISLAND, TEXAS — The Fall River Diocese has confirmed that the body found Friday in Texas is that of a former Taunton priest who had been missing since Aug. 1. “The Fall River Diocese was deeply saddened to learn over this past weekend that the body of retired priest Father William M. Costello was found near a cemetery in Santa Monica, Texas, about an hour from his home in South Padre Island, Texas,” the Diocese said in a press release Monday. “The circumstances of the matter are disturbing. Authorities have made an arrest in connection with the discovery of his body. Beyond that, the Diocese has no other details at this time. We await additional information as authorities continue their investigation.” Costello, 71, was last seen at a South Padre Island condominium complex, police said. His body was found buried near a small cemetery in Santa Monica, Texas, according to a television report by KRGV.com in Texas. One person was taken into custody Friday and more arrests are expected, according to KRGV.com. Source

I wonder if the Murderer is a fan of Enraged Rad Trad Bloggers: 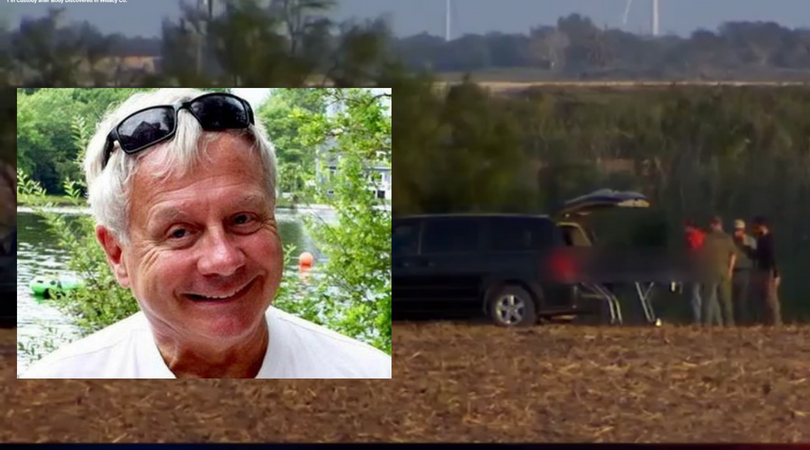 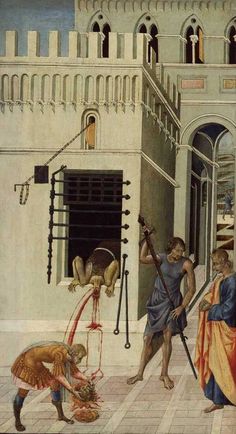