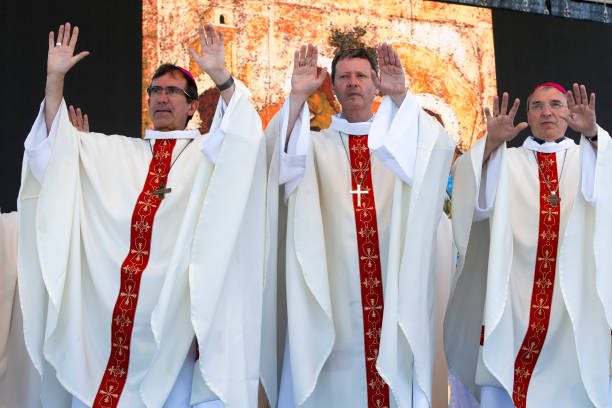 Who would burn New Mass Missals?

Who would burn Catechism of the Catholic Church?

Four fire starts in the house of God. This Sunday, a prayer book and leaflets were burned in the grounds of the Saint-Pierre church in Neuilly-sur-Seine. It was around 14:30. Two people, waiting for the bus on the Avenue du Roule, entered the church to cool. Suddenly they smell like smoke. It comes from four different locations near the entrance. The arsonist also placed a paper on a candle placed at the foot of a statue. The two passers-by rush over the hearths and extinguish them with water to prevent the flames from spreading. No material damage is to be deplored. At the origin of the fire, flyers and ... a prayer book that have been mysteriously glowing. Fourteen firemen, with three machines, went on site. "It's very surprising, it's a very quiet place here, observes a faithful. Maybe they were jokers who took advantage of the holidays to make a joke ... " For the investigators, it is in any case deliberately caused fires. The images of CCTV cameras will certainly bring new elements to the investigation. The parish filed a complaint against X. Source