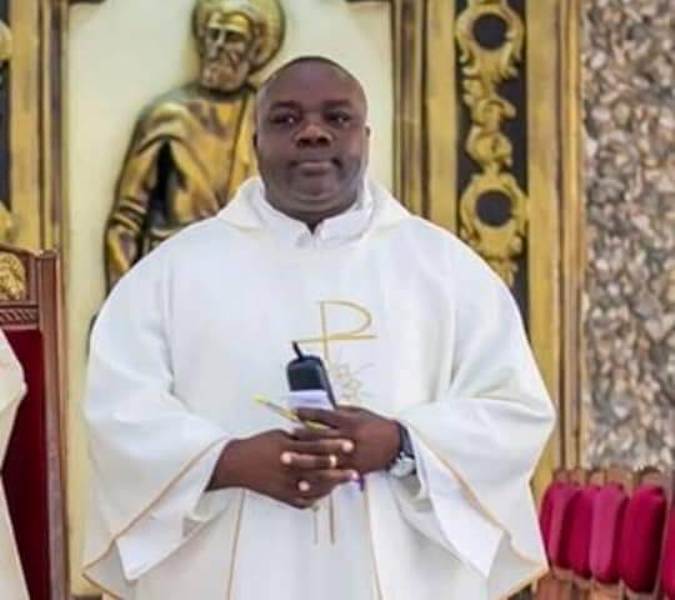 Armed persons on Monday night shot dead a Catholic priest, Jude Egbuom. The crime happened in the priest’s Nkwerre hometown in Nkwerre Local Government Area of the state. It was also learnt that the gunmen after shooting the priest also stole his car. The hoodlums also killed another young man who was with the priest. The late priest, who hailed from Umuwala village in Nkwerre, was until his death the parish priest of St Patrick’s Catholic Parish, Amucha, in neighbouring Njaba Local Government Area of the state. The incident, PREMIUM TIMES gathered, happened around 8 p.m. near a barber’s shop on Anara-Nkwerre Road in Nkwerre town. The hoodlums were reportedly angered by the priest’s refusal to hand over his car keys. “The circumstances surrounding the killing of the priest indicated that it was a case of armed robbery. “It could not have been a case of assassination, who did the gentle priest offend? He was from our community, Nkwerre and was doing his missionary work at Njaba, a nearby LGA,” a source who asked not to be named said Police spokesperson, Andrew Enwerem, confirmed the killings. According to him, the police commissioner, Dasuki Galadanchi, has deployed the tactical unit of the command to the area. “The incident is confirmed. Rev Fr.Jude Egbuom of St Patrick’s Catholic parish Amucha was murdered last night. “Another person, whose identity is yet to be known was also killed by the hoodlums. The priest was in his priestly regalia when they shot him dead,” Mr Enwerem said. Source