POPE FRANCIS Invites Faithful To Pray Rosary In October AS TSUNAMI Hits PALU Killing THOUSANDS! Pope Should Be RESTORING The LITURGY! God Is Taking Vengeance For The Irreverence & Impiety Of NEW MASS Unless The Mass Is Restored To Its Former Glory There Will Be More Death and Destruction

More than 1000 have died in the Palu Tsunami.

We have 35+ years of Doom coming until the Pope restores the Liturgy to its former glory.

Instead the Pope is asking the faithful to pray the Rosary.

Praying the Rosary is not going to hinder the death and destruction that is coming our way.

Again, the Pope must restore the Liturgy to its former glory in order to appease Divine Vengeance.

Pope Francis invites the faithful to pray the Rosary in October

A communiqué released by the Holy See’s Press Office on Saturday states that Pope Francis invites “all the faithful of all the world, to pray the Holy Rosary every day” during the Marian month of October. The following is the full text of a comuniqué released on Saturday by the Holy See's Press Office regarding an invitation extended by Pope Francis to all the faithful to join in praying the Rosary during the month of October:

The Holy Father has decided to invite all the faithful, of all the world, to pray the Holy Rosary every day, during the entire Marian month of October, and thus to join in communion and in penitence, as the people of God, in asking the Holy Mother of God and Saint Michael Archangel to protect the Church from the devil, who always seeks to separate us from God and from each other.

In recent days, before his departure for the Baltic States, the Holy Father met with Fr. Fréderic Fornos, S.J., international director of the World Network of Prayer for the Pope, and asked him to spread this appeal to all the faithful throughout the world, inviting them to conclude the recitation of the Rosary with the ancient invocation “Sub Tuum Praesidium”, and with the prayer to Saint Michael Archangel that he protect us and help us in the struggle against evil (cf. Revelation 12, 7-12).

The prayer – the Pontiff affirmed a few days ago, on 11 September, in a homily at Santa Marta, citing the first book of Job – is the weapon against the Great Accuser who “goes around the world seeking to accuse”. Only prayer can defeat him. The Russian mystics and the great saints of all the traditions advised, in moments of spiritual turbulence, to shelter beneath the mantle of the Holy Mother of God pronouncing the invocation “Sub Tuum Praesidium”.

The invocation “Sub Tuum Praesidium” is recited as follows:

[We fly to Thy protection, O Holy Mother of God. Do not despise our petitions in our necessities, but deliver us always from all dangers, O Glorious and Blessed Virgin].

With this request for intercession the Holy Father asks the faithful of all the world to pray that the Holy Mother of God place the Church beneath her protective mantle: to preserve her from the attachks by the devil, the great accuser, and at the same time to make her more aware of the faults, the errors and the abuses committed in the present and in the past, and committed to combating without any hesitation, so that evil may not prevail.

The Holy Father has also asked that the recitation of the Holy Rosary during the month of October conclude with the prayer written by Leo XIII:

[Saint Michael Archangel, defend us in battle, be our protection against the wickedness and snares of the devil; may God rebuke him, we humbly pray; and do thou, O Prince of the heavenly host, by the power of God, cast into hell Satan and all the evil spirits who prowl through the world seeking the ruin of souls. Amen]. 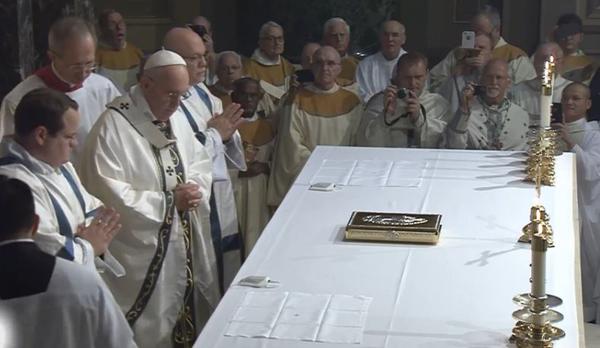 There are only three Catholic Churches in Palu and all three offer ONLY the Stripped and Barren New Mass. 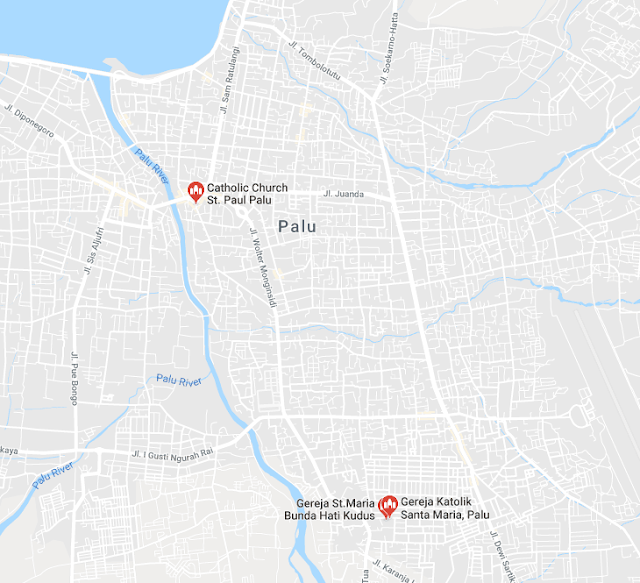 Palu was hit by Earthquake and Tsunami - thousands are dead.

God is taking vengeance for the Irreverence & Impiety of NEW MASS.

Unless The Mass Is Restored To Its Former Glory There Will Be More Death and Destruction. 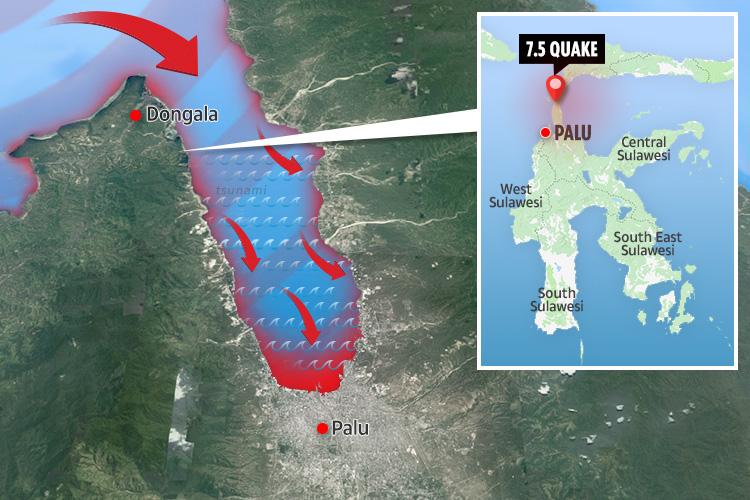 More than 380 people have been confirmed dead after a tsunami triggered by a magnitude 7.5 earthquake hit an Indonesian city on Friday.  Waves up to 3m (10ft) high swept through Palu on Sulawesi island.  Video on social media shows people screaming and fleeing in panic and a mosque among the buildings damaged.  Strong aftershocks rocked the city on Saturday. Thousands of homes have collapsed, along with hospitals, hotels and a shopping centre.  Rescue efforts are under way, though hampered by a major power cut. The main road to Palu has been blocked due to a landslide, and a key bridge is out of action.  'Many bodies along the shoreline' Indonesia's disaster agency said at least 384 people had been killed, but the number is expected to rise. At least 540 have been injured, and 29 are listed as missing. Source 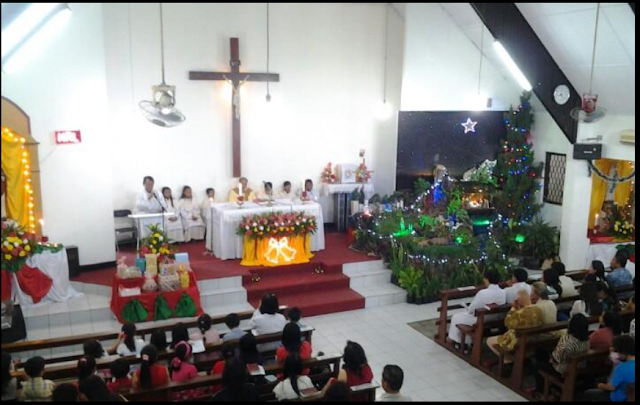 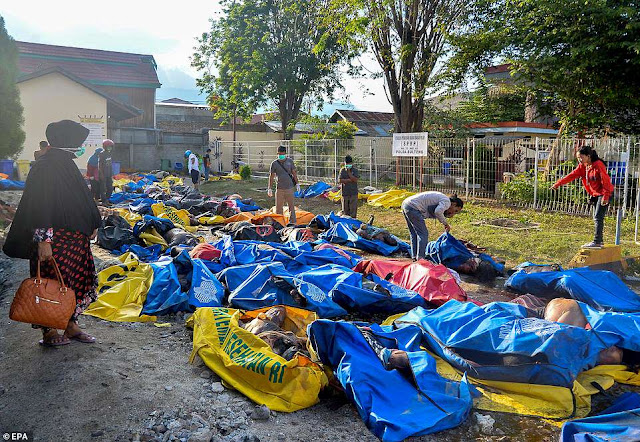 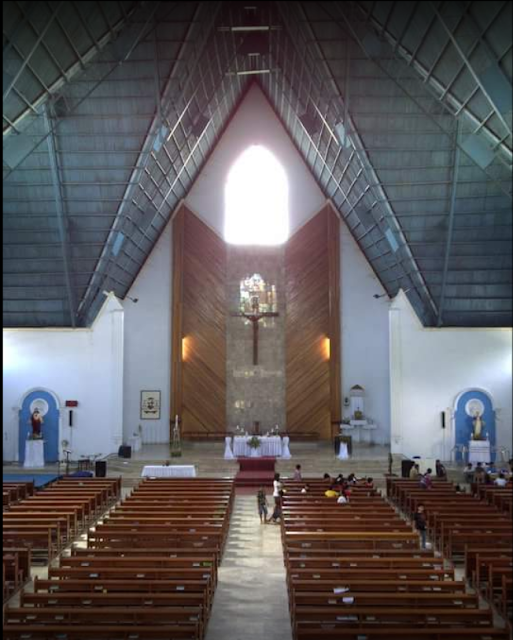 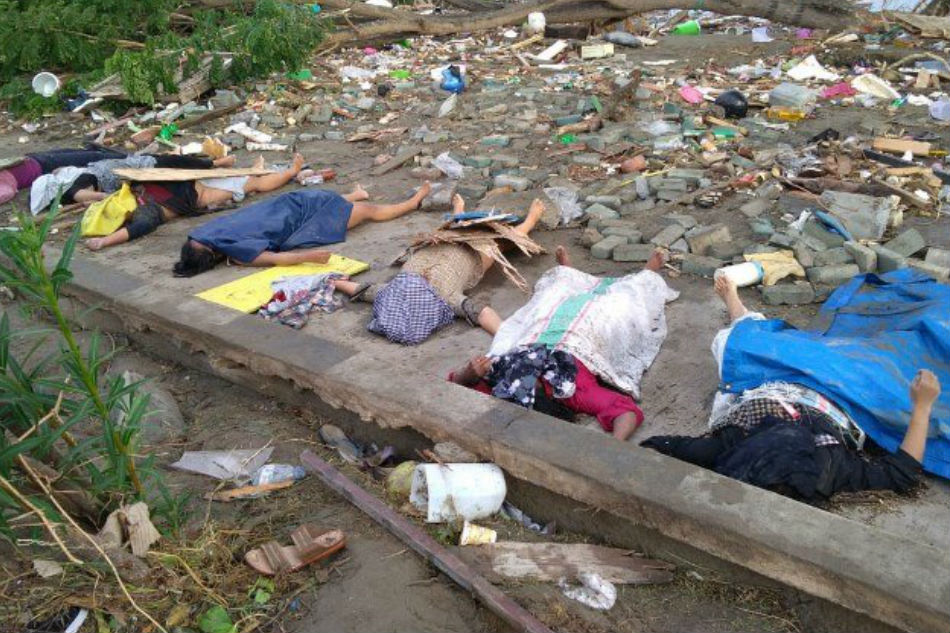 “The Society of men is on the eve of the most terrible scourges and of gravest events. Mankind must expect to be ruled with an iron rod and to drink from the chalice of the wrath of God. Our Lady of La Salette 19 Sept. 1846 (Published by Mélanie 1879) 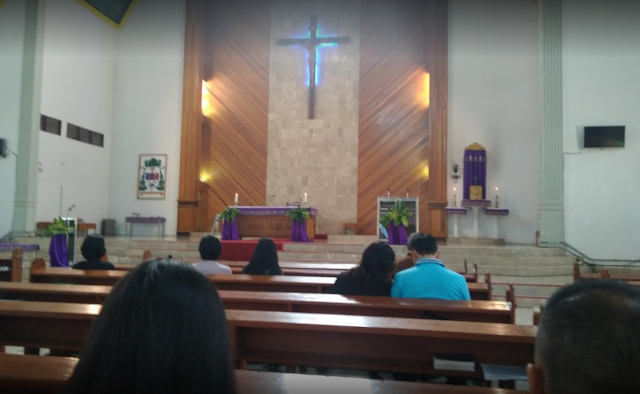