Lesfemmes The Truth. So...Did the Pope Carry the Satanic Stang at the Opening Mass of the Youth Synod?

In early 1813, marks of the stigmata were reported on Emmerich's body. The parish priest called in two doctors to examine her. When word of the phenomenon spread three months later, he notified the vicar general. With the news causing considerable talk in the town, the ecclesiastical authorities conducted a lengthy investigation. Many doctors wished to examine the case, and although efforts were made to discourage the curious, there were visitors whose rank or status gained them entry.

During this time, the poet and romanticist Clement Bretano first visited.  At the end of 1818, the periodic bleeding of Emmerich's hands and feet had stopped and the wounds had closed. While many in the community viewed the stigmata as real, others considered Emmerich an impostor conspiring with her associates to perpetrate a fraud. In August 1819, the civil authorities intervened and moved Emmerich to a different house, where she was kept under observation for three weeks. The members of the commission could find no evidence of fraud and were divided in their opinions.

As the cross on her breastbone had the unusual shape of a "Y", similar to a cross in the local church of Coesfeld, English priest Herbert Thurston surmised that "the subjective impressions of the stigmatic exercise a preponderating influence upon the manifestations which appear exteriorly." Source 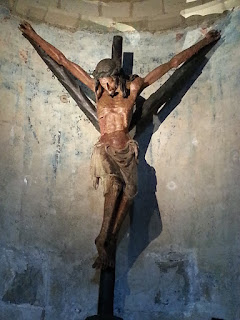 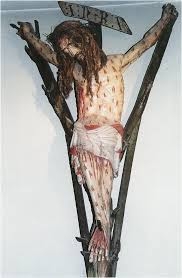 This that tight tee really necessary?

PROPHECY OF MELANIE ON TWO POPES: "I didn't see, I don't see any Great Pope or Great Monarch before an extremely great tribulation, horrifying, terrible and general for all Christendom. But before that time, twice there will be a short lived peace; TWO shaky, servile, doubtful popes" Mélanie

FRANCIS & BENEDICT
REMEMBER - THE 35+ YEARS WORTH OF CHASTISEMENTS DO NOT START UNTIL THE TWO POPES ARE DEAD......  “The great chastisement will come, because men will not be converted; yet it is only their conversion that can hinder these scourges. God will begin to strike men by inflicting lighter punishments in order to open their eyes; then He will stop, or may repeat His former warnings to give place for repentance. But sinners will not avail themselves of these opportunities; He will, in consequence, send more severe castigations, anxious to move sinners to repentance, but all in vain. Finally, the obduracy of sinners shall draw upon their heads the greatest and most te…

Following post from 2018 on the Priestly Fraternity of Saint Peter FSSP Gun Culture:

Another Gun Enthusiast/Priest killed himself with his own gun: Priest involved in suicide near St. James Church An official with the Catholic Diocese of Kansas City and St. Joseph confirmed a priest died by suicide Tuesday morning on St. James Church property.
Jeremy Lillig, communications director for the Catholic Diocese of Kansas City and St. Joseph, said the Rev. Evan Harkins took his own life. According to Lillig, Harkins did not show up for morning Mass.
He added that a communication will be sent out to parents who have children in the school.
St. Joseph police responded to a shooting call at the location Tuesday morning. According to Captain Jeff Wilson of the St. Jo…

Update: Our Lady Of La Salette On Nurses And Doctors Will Be The First To Flee When Infectious Diseases Breakout: Coronavirus Fears Lead Nurses To Threaten Strike In Hong Kong

OUR LADY OF LA SALETTE ON THE FIRST TO FLEE WHEN THE PLAGUE & INFECTIOUS DISEASES HITS: NURSES.....2,200 "BURNED OUT" NURSES WALK OFF THE JOB AT THE UNIVERSITY OF CHICAGO MEDICAL CENTER 20 SEPT 2019

"And the monster will arrive at the end of the nineteenth century or at the latest at the commencement of the twentieth.Afterwards this peace will be disturbed by the monster" Our Lady of La Salette 19 Sept. 1846
Apparently Steve Skojec has a thing for wicked cults.
Steve's first entrance into a cult was into that cult of Father Marcial Maciel Degollado & his Legion of Christ.
How long did Skojec stay in the cult?
Let's find out by googling. This is what I find
Mark Shea links to Steve's account here: Steve Skojec Talks About His Experience with the Legionaries ........Oops! That page can’t be found........ yea... whoops!
or lets look at this from FatherBrian Van Hove's Blog on Steve Skojec on Marcial Maciel: 404NOT FOUND! The monster Marcial Maciel died in 2008, and Steve started to blog about his misgivings in the cult in 2009.
Didn't take much courage to speak out against the Legion when the monster was dead.
Most of what you read on Steve'…