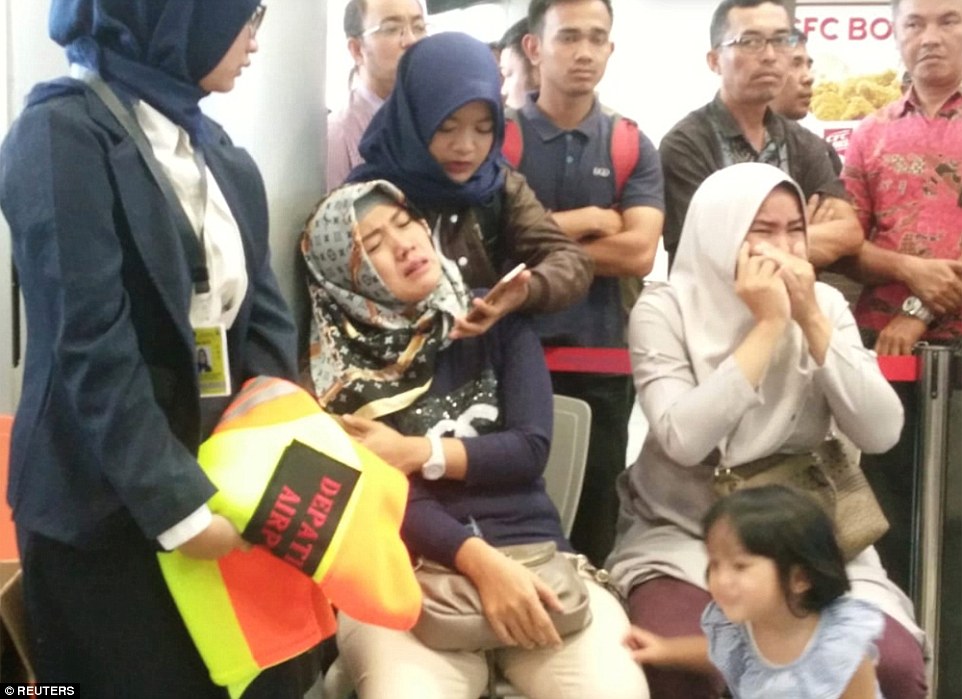 At the Angelus on Sunday, Pope Francis expressed his closeness to the city of Pittsburgh, USA, and especially to the Jewish community there. Eleven people were killed, and several others were wounded, on in a shooting at the Tree of Life Synagogue in the neighbourhood of Squirrel Hill. A suspect was taken into custody after the attack. In his remarks at the Angelus, Pope Francis prayed that “the Most High might welcome into His peace those who have died; comfort their families; and sustain those who were wounded.” In reality, he said, “we are all wounded by this inhuman act of violence.” Pope Francis prayed that the Lord might “help us to extinguish the hotbeds of hatred that are developing in our societies, strengthening the sense of humanity, respect for life, moral and civil values, and the holy fear of God, who is Love and the Father of all.” Source

Lion Air flight JT610 lost contact with ground officials 13 minutes after takeoff from Jakarta and crashed into the sea with 189 people on board.

Pope Francis has expressed his sadness for the victims of a low-cost Indonesian aircraft that crashed into the sea on Monday with 189 people on board soon after taking off from the capital, Jakarta.

“Having learned with sadness of the recent plane crash in Jakarta, His Holiness Pope Francis conveys his condolences to all those affected by this tragedy,” read a condolence telegram signed on the Pope’s behalf by Vatican Secretary of state, Cardinal Pietro Parolin.

“He offers the assurance of his prayers for all who have died and for those who mourn their loss. Upon the nation and all involved in the rescue and recovery efforts His Holiness invokes the strength and peace of Almighty God,” the cardinal wrote in the message to Archbishop Piero Pioppo, Apostolic Nuncio to Indonesia.

Lion Air flight JT610 heading to Pangkal Pinang, in Bangka Island off Sumatra coast, lost contact with ground officials shortly after its pilot had asked to turn back to base about 13 minutes after takeoff, and crashed into the sea, officials said.

Privately owned Lion Air said the 1 hour and 10-minute flight was carrying 181 passengers, including one child and two babies, and eight crew members.

Some 20 Ministry of Finance staff were said to be among the passengers.

President Joko Widodo ordered the transport safety commission to investigate and urged Indonesians to "keep on praying" as rescuers search for victims.

The National Search and Rescue Agency deputy chief, Nugroho Budi Wiryanto, said about 300 people including soldiers, police and local fishermen were involved in the search and that so far it has recovered no bodies, only ID cards, personal belongings and aircraft debris from the crash site, about 15 km off the coast.

A transport official said the flight requested to return shortly after takeoff from Jakarta at around 6.20 am. Weather conditions were normal but the brand new Boeing 737 MAX 8 aircraft had experienced a technical issue on its previous flight.

The crash is the worst airline disaster in Indonesia since an AirAsia flight from Surabaya to Singapore plunged into the sea in December 2014, killing all 162 on board.

Indonesian airlines were barred in 2007 from flying to Europe because of safety concerns, though several were allowed to resume services in the following decade. The ban was completely lifted in June this year. The U.S. lifted a decade-long ban in 2016.

Bhavye Suneja, an Indian from Delhi was the captain of the ill-fated Lion Air flight JT610. According to Lion Air, Suneja was an experienced pilot with 6,000 flight hours and his co-pilot had more than 5,000 flight hours.