CAMP FIRE: ONLY The NEW MASS Is Offered In The Town Paradise, California - The Ordinary Form CAUSED The DEATH Of Dozens By Camp Fire + God Is Taking Vengeance For The Irreverence & Impiety Of NEW MASS Unless The Mass Is Restored To Its Former Glory There Will Be More Death and Destruction 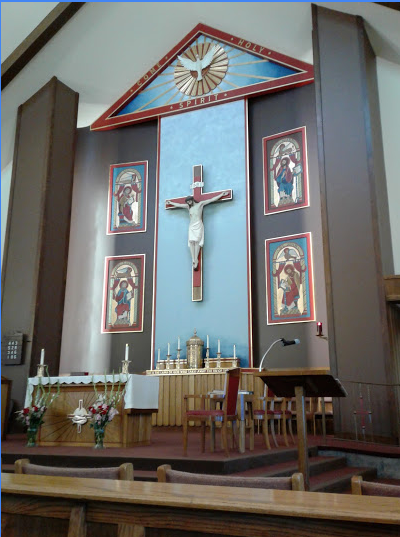 There is only one Catholic Church in Paradise, California.

The Saint Thomas More Parish in Paradise, California offers ONLY the Stripped and Barren New Mass.

Paradise, California was destroyed by the Camp Fire: 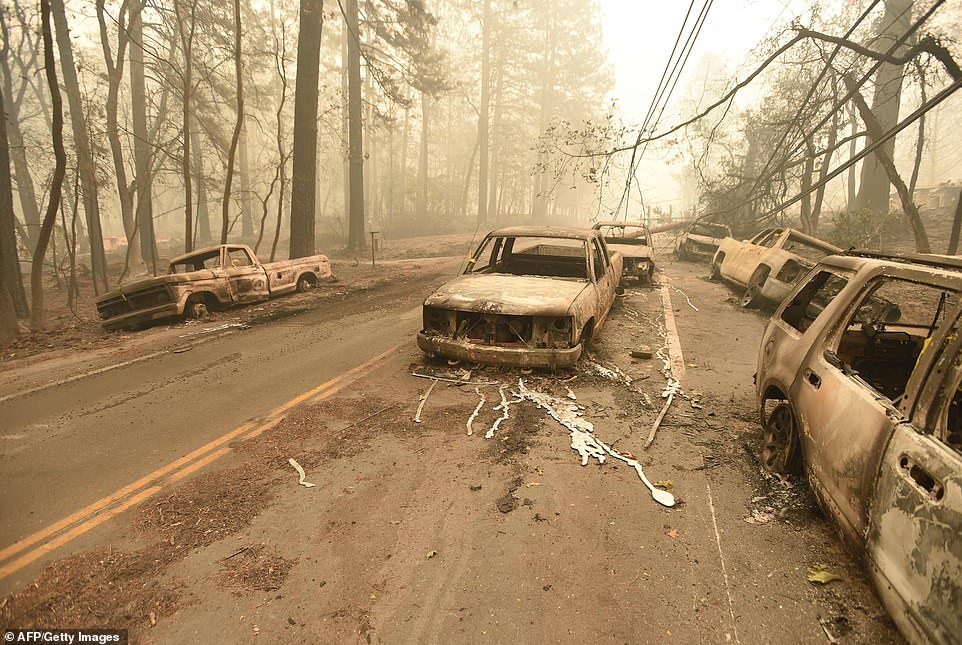 The road to hell: How 27,000 panicked Paradise residents fled the wildfires as instructed but became stuck in traffic and at least seven burned to death in their cars

Panicked residents living in the path of one of California's deadliest wildfires became trapped when their escape routes were blocked or got snarled with traffic.  At least seven people burned to death inside their vehicles while trying to escape from Paradise on Thursday as 27,000 people packed on to a four-lane road which was the only route out of town that wasn't blocked.  Survivors told of how they sat in miles-long tailback as flames licked at their car doors, while others jumped out and ran, carrying pets and valuables. Nichole Jolly, 34, a nurse at the hospital in Paradise, said she attempted to flee in her truck before being rammed into a ditch by another motorist trying to get out. She climbed out of her truck and tried to get into another, but the handles had melted off, so she ran up the road as her pants leg caught on fire.  'I'm breathing in the hottest air I've ever been in. My throat is bloodied, I'm about to hit the ground but the bottom of my shoes were melting,' she told NBC.  'I put hand out in front of me and prayed to God, "Please, don’t let me die like this."'  Source God is taking vengeance for the Irreverence & Impiety of NEW MASS.

Unless The Mass Is Restored To Its Former Glory There Will Be More Death and Destruction.

In response to the Camp Fire burning in Butte County, Bishop Jaime Soto has released the following statement and words of consolation:

“The tremendous loss from the Camp Fire ravaging parts of the diocese is devastating. The families in Paradise and the surrounding communities affected by the fire can rely on the support of our prayers. We also pray for the brave men and women responding to this disaster and battling the fires. May all those who have died in this catastrophic inferno be granted eternal repose in the merciful hands of the Lord Jesus.”

The fire has already claimed five lives, and has destroyed 6,713 homes and businesses across 100,000 acres. St. Thomas More Parish in Paradise is in the direct line of the fire. Reports indicate that all parishioners have evacuated the area, though many have lost their homes.

The Diocese has confirmed that St. Thomas More’s church and school structures have survived the fire.

At the time of this writing, fire crews are still battling the fire and it has not yet been contained. “I give thanks to the fire fighters and first responders for all they are doing to save our parishioners and the community,” says Fr. Godwin Xavier, Parochial Administrator of St. Thomas More Parish.

For those who have lost homes, businesses or loved ones in the recent wildfires at Camp and throughout California, that they may find consolation in trusting that God will provide for all they need. Let us pray.

We pray for the eternal rest of those who have died as a result of these fires and pray that those who are missing or are still in harm’s way will be found and protected. Let us pray.

For our first responders, firefighters and brave men and women battling fires and helping people to safety, that they may be kept safe as they work to restore calm and assist those affected by the wildfires. Let us pray.

Our Lady of the Rosary pray for all those devastated by this natural disaster and make fruitful our efforts to assist them. Source 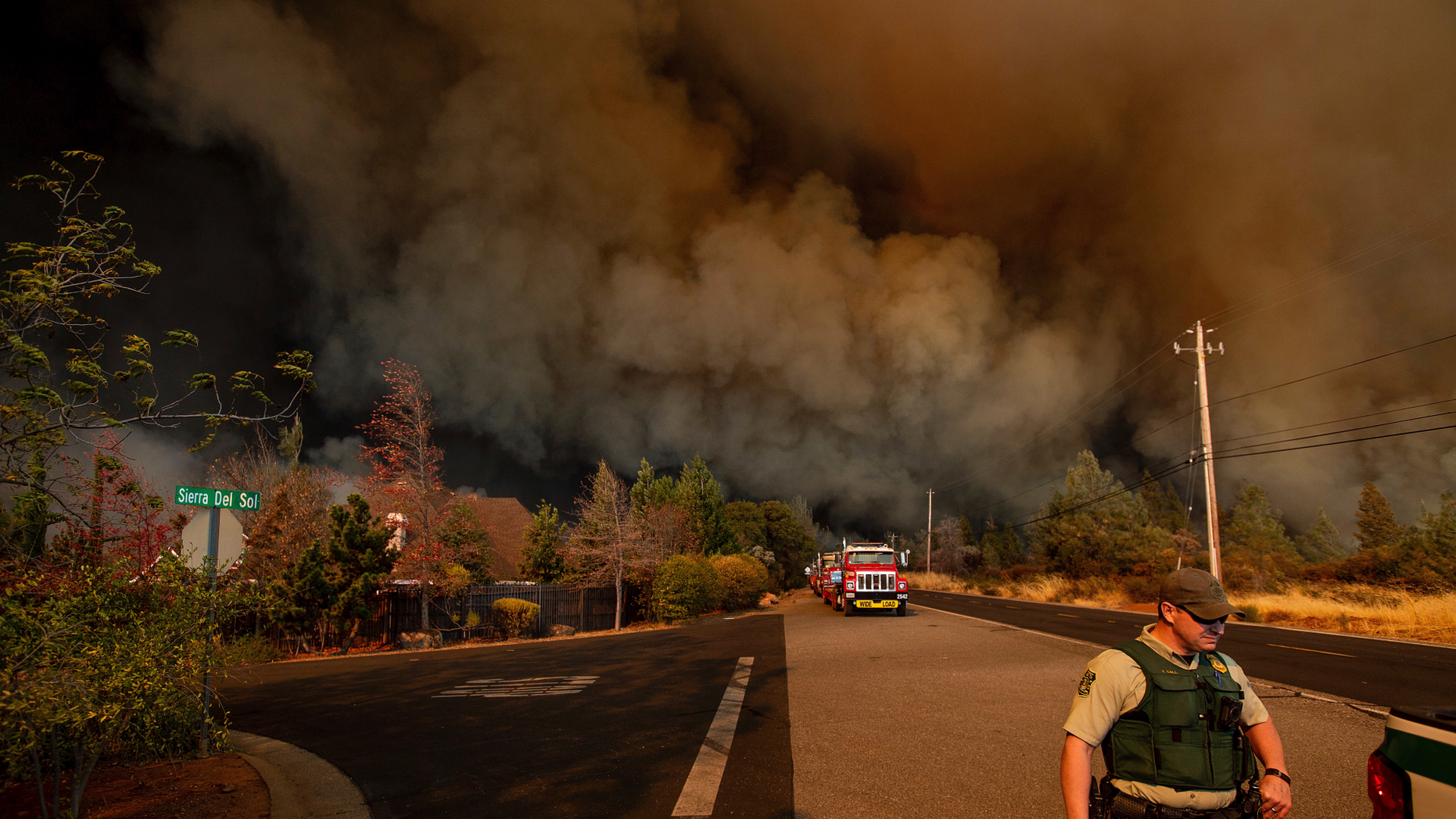