Evil Portent For Pepperdine University Fulfilled: Flames Creep Onto Campus - Pepperdine Punished For Mistreating Pelicans (The Symbol Of The Eucharist) During Graduation Ceremony In April...

Pepperdine heretics mistreat the symbol of the Eucharist at Graduation Ceremony back in April.

MALIBU (CBSLA) — The Woolsey Fire was getting close to Pepperdine University late Friday night.  CBSLA’s Stacey Butler reports that the winds became erratic. They were moving in a northerly direction and shifted southwest toward the campus. The flames could be seen cresting the ridge making a beeline toward Pepperdine.  The university has not been evacuated. Source

PALM SPRINGS, Calif. – Nestled between the Santa Monica Mountain foothills and the Pacific Ocean, Pepperdine University is known for its picturesque campus in Malibu. Christian college where students are required to attend spiritual events, the school of 7,700 students has a reputation for high-caliber academics, ranking 46th on U.S. News & World Report's most recent "best universities" scorecard. But on Friday night, as the Woolsey Fire bore down on the 830-acre campus, the school became the focus of controversy and confusion as Los Angeles County authorities issued a mandatory evacuation of Malibu, while Pepperdine leaders advised students to shelter in place. As thousands of Malibu residents clogged the Pacific Coast Highway, heading south to safety in Santa Monica and beyond, some critics questioned whether the move put students at risk and was a dangerous gambit to force firefighters to devote more resources to the campus. Source 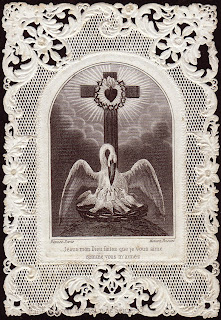 Pepperdine University is affiliated with the Churches of Christ - meaning - it is a school built by Heretics.

Heretics who hate the Holy Sacrifice of the Mass.

Heretics who hate the Real Presence of Christ in the Blessed Sacrament.

Heretics who were harassed by the Roman Catholic Symbol of the Holy Sacrifice of the Mass this Saturday:

The Pelican is a symbol of the atonement and the Redeemer and is often found in Christian murals, frescos, paintings and stained glass. The pelican was believed to wound itself in order to feed its young with its own blood. In the hymn "Adoro Te," St. Thomas Aquinas addresses the Savior with, "Pelican of Mercy, cleanse me in Thy Precious Blood."  Source 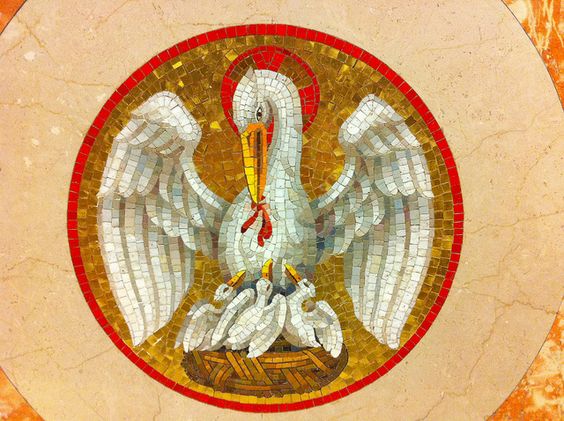