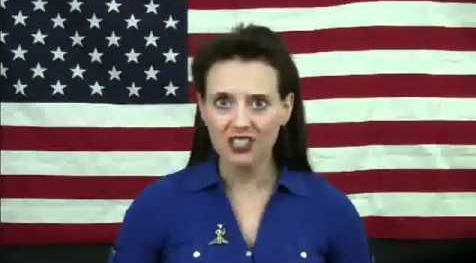 Here is a FSSP Pastor on Ann's Crazy and Insane Doctrine:

Here Is Crazy Ann On Her Insane Doctrine: 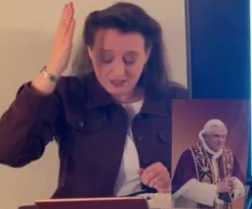 0:00 Intro and acknowledgments
01:42 Why make this video?
03:25 If anything in this presentation is illogical, irrational or detached from reality, let me know
05:03 THE False Premise: Jorge Mario Bergoglio is not now and never has been the Pope.
06:48 WHY isn’t Bergoglio the Pope? What happened?
08:16 The principle of Reversion to the Status Quo
11:37 Canon 188 – the text of the law
16:09 The plain sense of the law is the last line of defense against tyranny
18:04 SUBSTANTIAL ERROR: the key criterion
19:51 Pope Benedict XVI in his own words: “Always and forever…I remain in the enclosure of St. Peter.”
23:24 Essential precision: Pope Benedict’s mind is NOT the arbiter of reality, nor does his substantial error change the ontological reality of his status as Pope.
25:47 We know from logic that a Pope can commit substantial error in the context of an attempted resignation and still retain his office
27:18 Archbishop Georg Ganswein’s approved remarks from 20 May ARSH 2016 in his address at the Gregorianum in Rome
35:02 There cannot be a “Pope Emeritus”. Either a man occupied the Petrine See, or he does not.
36:37 Yes, Popes absolutely CAN resign. The issue here is the VALIDITY of the attempted partial resignation in February ARSH 2013
37:44 +Ganswein. Who is this omnipresent guy that is playing both sides?
38:35 STUPID TROPE ALERT: “But both Pope Benedict and +Ganswein are sub-verbal and don’t understand the words they are saying!”
40:10 The most intelligent people (and angels) make the biggest mistakes
41:13 The second invalidating criterion: FEAR
43:00 Just vs. Unjust Fear
45:28 Never underestimate the viciousness and violence of the sodomite.
46:32 Satanism is real and its global nexus today is inside the Vatican
48:41 Archbishop Viganò is in hiding for fear of his life.
49:03 The Southern Italian Mafia: longtime mercenaries of the Freemasons and sodomites
50:26 Fear of blackmail by the sodomite mafia using PAID false witnesses
53:05 “Pray for me, that I may not FLEE for FEAR of the WOLVES.”
54:22 STUPID TROPE ALERT: “The fact that Pope Benedict resigned is proof that he wasn’t coerced!”
55:57 MASSIVE BODY OF VISUAL EVIDENCE, the conscious retention of visible signs of the Papacy by Pope Benedict XVI after 28 February ARSH 2013
01:02:50 Prophecies: Apostasy from the Top
01:05:17 Pope Benedict XVI, worst Pope ever, notorious for quitting. The 300 page dossier on the sodomite/satanist infiltration of the Church, delivered to him on 11 December ARSH 2012
01:07:15 Pope Benedict’s warped metaphysics of “meaning”, not “being”
01:08:26 Pope Celestine V in the mind of Pope Benedict XVI
01:09:12 Pope Benedict’s mind is NOT the source nor arbiter of reality. He needs to be told this, not asked.
01:09:54 VALID YET ILLICIT – an essential precision
01:11:11 What anyone WANTS is not germane to the question. Binary objective reality.
01:13:35 Charity should immediately cause us to ask, “Holy Father, what did they do to you?”
01:14:55 What if Pope Benedict VALIDLY resigned tomorrow? It would confirm that the February ARSH 2013 attempt was invalid
01:16:58 STUPID TROPE ALERT “We can’t know who the Pope really is, and it doesn’t matter anyway!”
01:18:09 Why won’t people even discuss this? EFFEMICACY and SLOTH
01:25:20 The Sedevacantism Red Herring
01:30:00 “But what if Pope Benedict dies…?” Binary Objective Reality.
01:31:58 “What is Bergoglio dies or goes away somehow?” Any “conclave” called while Pope Benedict is still alive and occupies the See will be invalid, just as the March ARSH 2013 conclave was invalid
01:33:27 We MUST get thi 100% right. Half-right won’t cut it. The Parable of the seven demons.
01:35:00 Jorge Bergoglio
01:36:33 Electioneering of ARSH 2013 “conclave” is completely irrelevant because THERE WAS NO CONCALVE IN ARSH 2013. The only relevance the faux-concalve of ARSH 2013 served was to expose the corruption and criminality in the College of Cardinals and Curia
01:38:43 Jorge Bergoglio: arch-heretic. Informative but not germane to Bergoglio’s status as antipope. Only a confirming corollary.
01:40:35 STUPID TROPE ALERT “There have been heretic Popes before!”
01:44:17 Ann misspeaks – John the XXII, not John XXIII
01:44:34 Bellarmine and Suarez believed that the Petrine Promise precluded a heretic or man who had lost the Catholic faith to be the Pope.
01:46:27 Having faith in Our Lord Jesus Christ and His promises is being viciously attacked on a daily basis by “conservative” and even “Trad Catholic” “thought leaders” as “papolatry”.
The only way to hold the false premise that Bergoglio is the Pope is to ruthlessly attack the Papacy, and thus the Virtue of Faith itself.
01:48:20 Papolatry has NOTHING to do with the global cult of Bergoglio. It is 100% ideological tribalism driven by the fact that Antipope Bergoglio RATIFIED PEOPLE IN THEIR SINS AND APOSTASY
01:52:07 Attributes and characteristics of the False Prophet Forerunner of the Antichrist
01:53:30 MORE visible confirmations that Bergoglio is not now and never has been the Pope
01:57:07 STUPID TROPE ALERT: “Papal Infallibility only applies to those things the Pope says that are true!”
01:58:05 It is precisely the AUTHENTIC authority of the Papacy that will be needed to fix this mess – and everyday “conservative” and “Trad” Catholic “thought leaders” attack the Papacy in order to continue to hold their false premise that Bergoglio is the Pope.
02:00:10 The concept of “Popular Acceptance”is NOT in play because the See was never vacant in ARSH 2013. The Mob/Vox Populi can not change ontological reality.
02:03:15 STUPID TROPE ALERT: “We believe that Novus Ordoism is a completely different religion to whose authority we MUST SUBMIT!”
02:04:42 The mystery of how “even the Elect would be deceived…” We are living it. Right now. The Elect are being deceived.
02:09:32 The greatest act of violence against the Papacy is to call a man who is not Peter, “Peter”.
02:10:12 Antipope Bergoglio has ZERO AUTHORITY. What will you do, Father, is Antipope Bergoglio tries to abrogate the Mass of the Ages?
02:12:21 What to do? Speak up. Man up. Defend Pope Benedict! Fast and pray – Matthew 17:20 Initiative
02:13:45 Deepen your relationship with Jesus Christ. “Jesus, I know that you love me.”
02:14:57 Conclusion. Please mirror, copy and spread this video. Closing prayer.