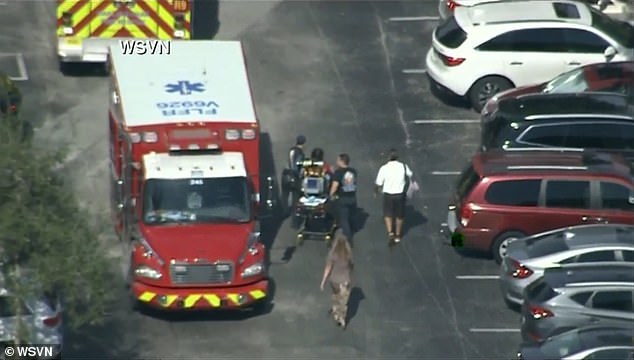 Oh and why didn't the CATHOLIC School have a Mass instead of a prayer service?

Twenty-six students and one adult are hospitalized after falling mysteriously ill with seizures, nose bleeds and fainting spells following exposure to an unknown substance during morning prayer at a Florida high school

Twenty-six students and one adult staff member from a South Florida high school have been hospitalized, including some who had seizures, after possible exposure to an unknown substance. Fort Lauderdale Fire Rescue officials say students began feeling ill Monday after the student body attended a morning Thanksgiving prayer in the gymnasium at Cardinal Gibbons High School, Battalion Chief Stephen Gollan told the Sun Sentinel. After returning to their classes, some students at the private Roman Catholic school experienced seizures, others had nosebleeds or shortness of breath and some passed out. Source