Trump & Melania REFUSE To Recite The Apostles Creed With A Bunch Of HERETICS..... LOL! 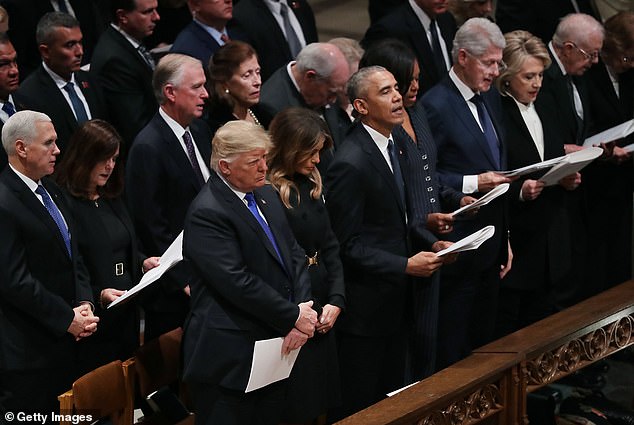 Melania is a Roman Catholic.

And as most Roman Catholics SHOULD know - never pray with Heretics.

Melania refused to pray with heretics and her non-Catholic Husband out of respect for his wife did the same so as not make her look bad. Trump took the heat instead.

Trump did the right thing!

Read the complaints from Heretics Apostates and Atheists Here

The Correct Catholic Version of the Apostles Creed:

1. I believe in God, the Father almighty, Creator of heaven and earth,

2. and in Jesus Christ, his only Son, our Lord,

3. who was conceived by the Holy Spirit, born of the Virgin Mary,

4. suffered under Pontius Pilate, was crucified, died and was buried;

5. he descended into hell; on the third day he rose again from the dead;

6. he ascended into heaven, and is seated at the right hand of God the Father almighty;

7. from there he will come to judge the living and the dead.

8. I believe in the Holy Spirit,

9. the holy catholic Church, the communion of saints,

10. the forgiveness of sins,

11. the resurrection of the body,