Congrats To OUTRAGED Rad Trads You Got Another Priest MURDERED! Fr. Guiseppe Matarazz Was Shot Dead By Hitman Hired By Father Of 15-Year-Old Victim Who Killed Herself After The "Abuse" 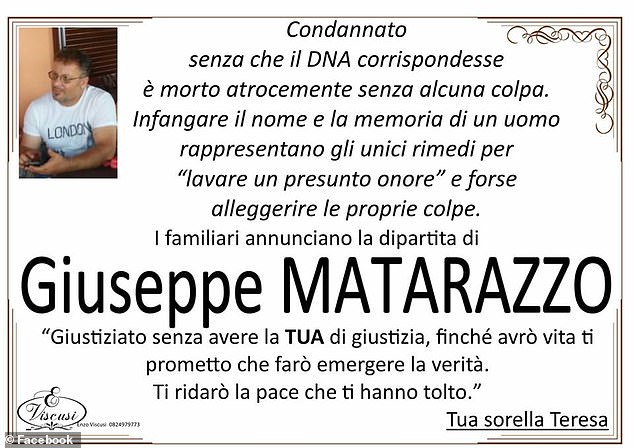 I Bet The Rad Trads Are PISSED That The Murdered Priest Got A Funeral....


Priests and religious orders will be hunted down, and made to die a cruel death.  Our Lady of La Salette 19 Sept. 1846 (Published by Mélanie 1879)

You Rad Trads must be happy....

Police are investigating if a paedophile priest was shot dead in Italy by hitmen hired by the father of his teenage victims. Guiseppe Matarazzo, was killed last month in Frasso Telesino, in Southern Italy, after being released from prison. The 45-year-old from Naples, who worked as a pastor , had been serving an 11-year sentence for abusing two teenage girl One of the girls, a 15-year-old, who was a victim of the sexual abuse, took her own life, in 2008, shortly after Matarazzo was imprisoned. Now the father of the girl is being investigated by the Italian authorities on suspicion of commissioning hitmen to carry out the alleged murder, as reported by Today. Two men, 30-year-old Generoso Nastam and Giuseppe Massaro, 55, were arrested on Friday. Italian authorities believe the men drove the car used to commit the crime.  Benevento Chief Prosecutor Aldo Policastro, told ANSA: 'Those who commissioned the murder are to be found in the family milieu.'  Investigators have already found a 3.56 magnum pistol at the scene and have recovered a vehicle.  In the incident Matarazzo was shot five times.  Source

Let's count the all the dead bodies of Catholic Priests that have been accused in the coming months.

Let's make a note on how they died.