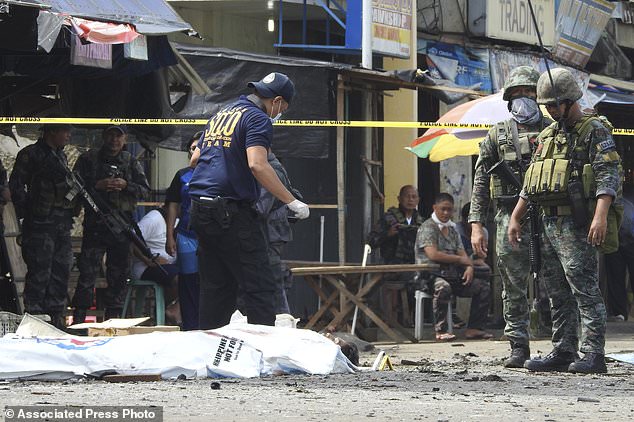 he statement by Arcbishop Romulo Valles, speaking on behalf of the entire Bishops’ Conference, offered condolences to the “families of the several civilans and soldiers who were killed by the explosions”, which took place during Sunday Mass. Twenty people were killed and dozens more wounded in two separate blasts. “We also express our sympathies with those who were wounded,” the statement continued, “and extend our solidarity with the rest of the church-goers inside the Cathedral and the rest of the church community in the Apostolic Vicariate of Jolo.”

The Filipino Bishops also “condemn this act of terrorism that has taken place only a few days after the Bangsamoro Organic Law” (BOL). The BOL provides for the creation of the Bansamoro Autonomous Region in Muslim Mindanao (BARMM). “As we begin a new phase in the peace process with the creation of the BARRM,” Abp Valles said, “we ask our Christian brethren to join hands with all peace-loving Muslim and Indigenous People communities in the advocacy against violent extremism.”

Archbishop Valles concluded his statement with a word of hope, saying, “May all our religions of peace guide us in our quest for a brighter future for the peoples of Mindanao.”

On Sunday, Pope Francis added his voice to those deploring the terrorist strike on the Cathedral in Jolo. In remarks at the Angelus following the final Mass for World Youth Day, the Holy Father prayed that the Lord might “convert the hearts of the violent and grant the inhabitants of that region a peaceful coexistence.” Source