WHO SAID IT? POPE FRANCIS OR SOME CRAZY RAD TRAD? We Can Only Hope That Jesus Came To Them And Said, “I Am The One That Mohammed Rejected, Now That I Come To You, Will You Come To Me Now That You Know?”

On The New Zealand Mosque Massacre - did Pope Francis say this:

"We Can Only Hope That Jesus Came To Them And Said, “I Am The One That Mohammed Rejected, Now That I Come To You, Will You Come To Me Now That You Know?”

Some demented Rad Trad said it.

So its OK for Rad Trads to say such nonsense but its wrong for Pope Francis!

Just another example  that just because you sit in the Latin Mass Pews doesn't mean that your not an idiot! 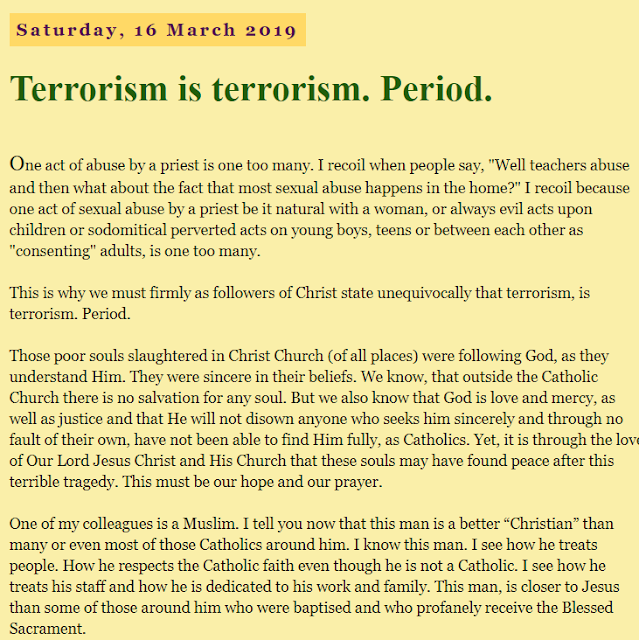 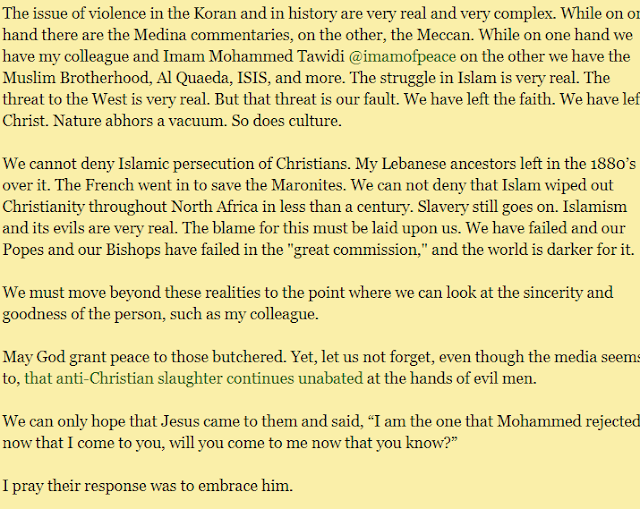 So I guess if you're a Murdered Muslim you get to go to Heaven.....