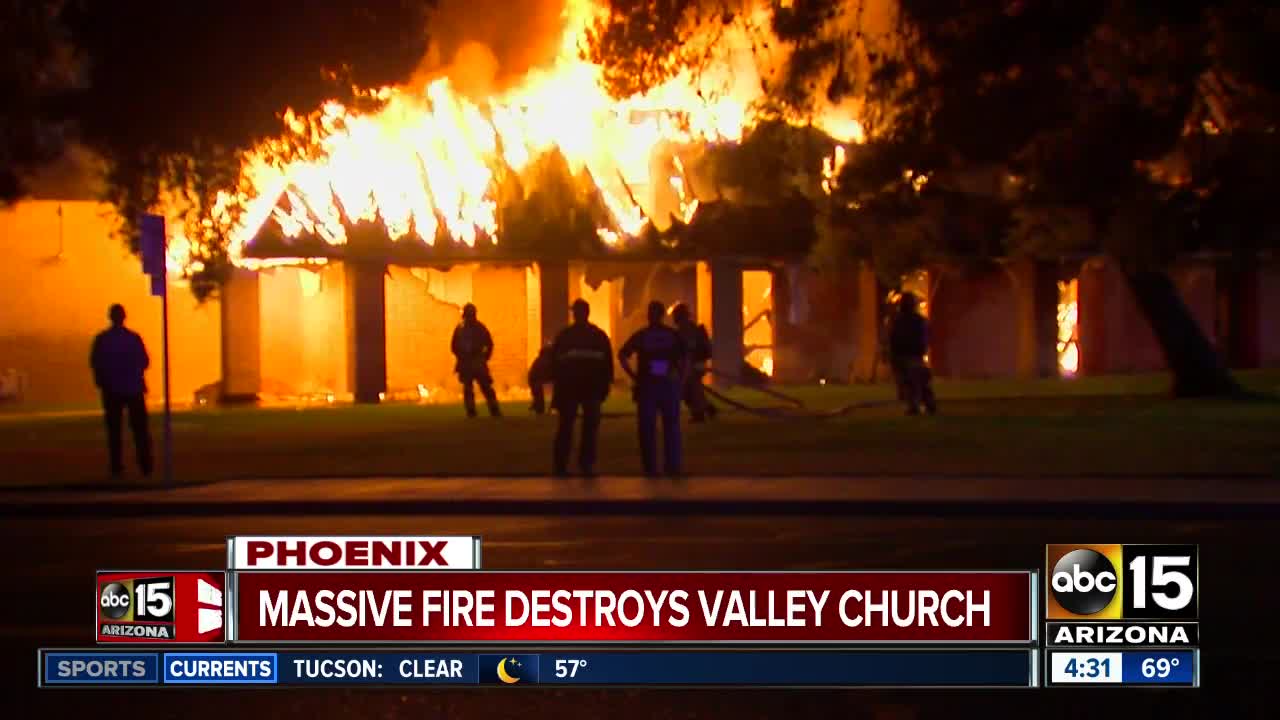 Churches will be locked up or desecrated. Our Lady of La Salette 19 Sept. 1846 (Published by Mélanie 1879

St. Joseph's Catholic Church building in northeast Phoenix was destroyed in a fire early Wednesday as the blaze raced across the structure and burned through the roof, fire officials said. The church, located on 40th Street just north of Shea Boulevard, is less than four months from marking the 50th anniversary of its establishment as a Roman Catholic parish. The fire also occurred on the Feast of St. Joseph the Worker, which the Catholic Church designates on May 1. Phoenix fire officials said the building was engulfed in flames when firefighters arrived around midnight. The fire had spread through a church attic, burning the roof. More than 60 firefighters were called to battle the fire, officials said. Fire officials were alerted to the blaze by Phoenix police, which had been in the area and saw smoke and fire coming from the church, said Capt. Danny Gile, of the Phoenix Fire Department. Source