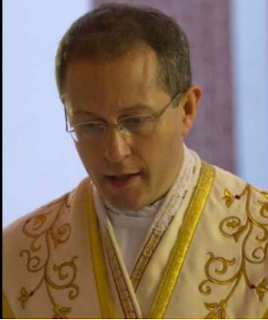 Catholic priest in hospital after knife attack in Poland

Authorities in Poland say that a Roman Catholic priest is hospitalized in serious condition after a man attacked him with a knife. Krzysztof Zaporowski, police spokesman in the southwestern city of Wroclaw, said the attacker approached the priest early Monday in front of the city's Holiest Mary church. The attacker has been detained. Monika Kowalska, a spokeswoman for Wroclaw Univesrity Hospital, said the priest underwent surgery for chest wounds and is in stable condition. The circumstances surrounding the attack was not immediately clear. It comes at a time when Poland's influential Catholic Church is confronted with allegations about sex abuse of minors by some priests, and faces questions about the practice of moving the perpetrators among parishes rather than meting out proper punishment. Source