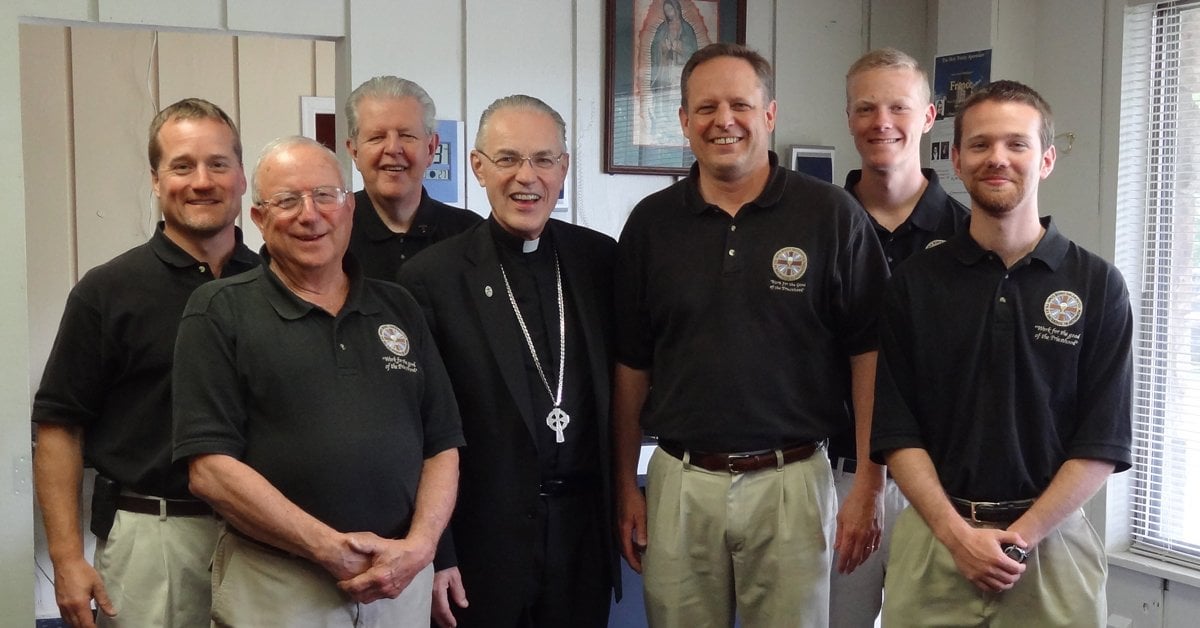 For 25 years, the Rev. Eduard Perrone presided there. Inside the church, commonly known as Assumption Grotto, glossy Opus Bono brochures tout the pastor's role as the group's co-founder and spiritual lifeblood. Stern and imposing, the 70-year-old Perrone is a staunch conservative; he refused to marry couples, for example, if he thought the bride's dress was too revealing.

Earlier this month, his parishioners were shocked when Perrone was removed from ministry after a church review board decided there was a "semblance of truth" to allegations that he abused a child decades ago. Perrone told the AP that he "never would have done such a thing."

In the years before Perrone helped start Opus Bono, he and Assumption Grotto took in at least two priests who had been accused of sexual misconduct at dioceses in other states. One of them later admitted to molesting as many as 50 children in the 1980s and '90s, according to court documents in Texas.

In 1999, Perrone welcomed the other priest — a West African clergyman named Komlan Dem Houndjame — to come work at Assumption Grotto. Two years later, Detroit Archdiocese officials say, they asked Houndjame to return to his home country, Togo, after learning of accusations of sexual misconduct against him in Detroit and at an earlier posting in Florida.

Instead he went to a treatment facility in St. Louis.

In 2002, Detroit police charged him with sexually assaulting a member of Assumption Grotto's choir.

The 48-year-old parishioner who accused Houndjame of rape said Perrone's response was to protect the church, testifying in court that he told her, "Just walk by him and ignore him."

Perrone responded to the charges against Houndjame by asking the congregation to support the priest in his time of crisis.

Joe Maher was among those who were moved by Perrone's plea for help.

Maher grew up Catholic in the Midwest, then headed to California, where, he said in a podcast, he found work producing live entertainment for Hollywood award shows and other events. "I had access to all the studios," Maher said. He told a radio interviewer he found his faith again in California before moving his family back to Michigan.

Maher led the effort to support Houndjame, serving as media spokesman for the accused priest during the case. Maher even brought the priest home to live with his family, according to his daughter Mary Rose, who was about 10 at the time.

In court files, the AP found two other women at Assumption Grotto also had told police about sexual misconduct by Houndjame. But their testimony was never heard in court.

When the case went to trial, "it was essentially her word against the priest," said then-prosecutor Maria Miller. Houndjame was acquitted and moved to Las Vegas. He told the AP that Perrone had been "a real friend."

Joe Maher, meanwhile, was inundated with calls from other desperate priests, begging for help.

Out of those pleas, Opus Bono was launched.

Around the clock, the organization's main number rang through to Maher's cellphone. Maher and fellow co-founder Peter Ferrara, who had worked in accounting, would mobilize, picking priests up in person or buying them plane tickets, then moving them into a hotel, an apartment or one of several "halfway houses."

"We're on our way to help a priest in need, in the Midwest, so it's going to be a long trip and not much sleep and it could be potentially a dangerous situation," Maher said in a homemade video posted on Opus Bono's Facebook page. He didn't explain why the mission might be dangerous. Source