Proof That Sacrilegious Communion Is Punished! Saoirse Kennedy Hill Is Buried Next to Mary Richardson Kennedy, RFK Jr.'s Wife Who Killed Herself in 2012 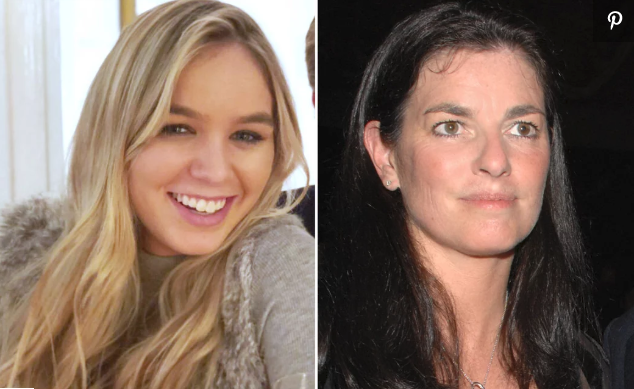 Both Saoirse and  Mary committed Suicide

Family biographer J. Randy Taraborrelli says "They've had so much tragedy in the family that it's got to be hard for them to reconcile it all,"...

The family are Apostate Catholics who commit Sacrilegious communions.

They are punished for it...

Saoirse Kennedy Hill Is Buried Next to Mary Richardson Kennedy, RFK Jr.'s Wife Who Killed Herself in 2012

Saoirse Kennedy Hill, granddaughter of assassinated Sen. Robert F. Kennedy and the only child of Courtney Kennedy Hill, was buried Monday afternoon next to her aunt Mary Richardson Kennedy — the second wife of Saoirse’s uncle Robert F. Kennedy Jr., who killed herself in May 2012. “They’ve had so much tragedy in the family that it’s got to be hard for them to reconcile it all,” says family biographer J. Randy Taraborrelli. “You go on with your life but you carry it, you carry these people and your heart is always broken,” he says. Saoirse, who had spoken candidly about her years-long depression and the need to de-stigmatize discussions of mental health, was found unresponsive at the Kennedy family compound on Thursday and pronounced dead soon after. She was 22. She is suspected of overdosing, according to multiple news outlets, though her cause of death is pending a toxicology report. One local who knew her and her mother believes her death was accidental. Source