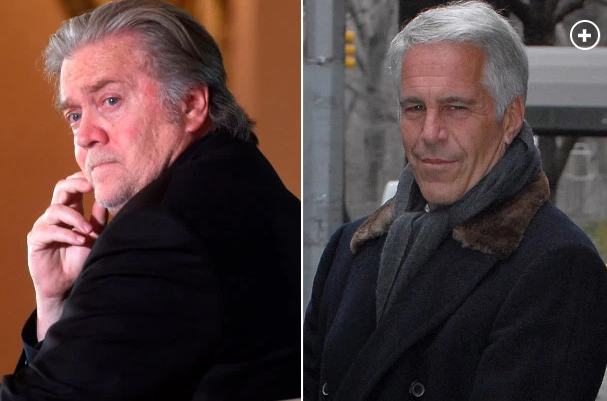 Steve Bannon is a hero of the Rad Trad Movement.

Why would a three times divorced Bannon meet with Epstein in his Manison ...

Goes to show you the poor judgment of those Blogging Latin Mass pew sitters at the FSSP parishes.

Steve Bannon: Media Should Be Embarrassed

Donald Trump Furious: Steve Bannon 'Not Only Lost His Job, He ... 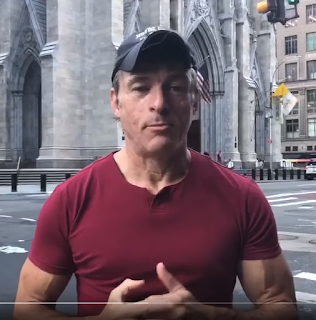 Below is article from 2018 on Steve Bannon & Jeffrey Epstein.

Epstein’s ­palatial pad is one of his homes where young girls were allegedly brought in to perform massages and used as “sex slaves.”

We assume Bannon wasn’t there for a massage.

Sources speculate that the disgraced ­Epstein wants to use his millions to work his way close to political power again.

One told us, “Bannon needs money to bankroll his political agenda. Epstein has plenty of money, and craves power and access.”

Bannon made an early-morning beeline to Epstein, even though Bannon may have burned bridges when he savaged Ivanka Trump over her criticism of Roy Moore, whom Bannon backed despite claims the candidate had sexually harassed teens. Citing an allegation in ­legal papers from a woman (who later dropped her lawsuit) that Donald Trump and Epstein had raped her when she was 13, Bannon said in response to Ivanka, “What about the allegations about her dad and that 13-year-old?”

Epstein has previously used his millions to cultivate the world’s most powerful — but has mostly given money to Democrats.

From 2001 to 2003, Bill Clinton flew on Epstein’s private plane, dubbed “The Lolita Express,” 26 times. Epstein is close to Prince Andrew and was a regular at Trump’s Mar-a-Lago.

Trump told New York magazine of Epstein in 2002, “Terrific guy. He’s a lot of fun to be with. It is even said that he likes beautiful women as much as I do, and many of them are on the younger side.”

Epstein, 65, pleaded guilty in 2008 to soliciting prostitution from a teen and served 13 months in jail.

Last year, he reportedly paid millions to settle three lawsuits filed against him by teens. Bannon’s rep didn’t comment. A lawyer for Epstein said, “Let me ask him,” but didn’t respond by deadline. Source