Fr. Z Admits That If Christ Had His Passion, The Church And We Must Have Our Passion...SO HOW ABOUT THOSE TWO HIGH PRIESTS.....AND THOSE TWO POPES WE HAVE.... 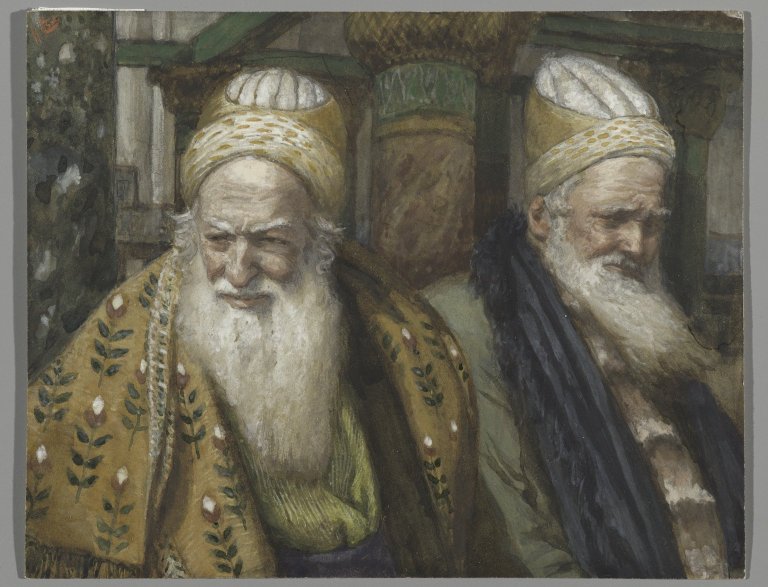 Now in the fifteenth year of the reign of Tiberius Caesar, Pontius Pilate being governor of Judea, and Herod being tetrarch of Galilee, and Philip his brother tetrarch of Iturea, and the country of Trachonitis, and Lysanias tetrarch of Abilina; Under the high priests Annas and Caiphas; the word of the Lord was made unto John, the son of Zachary, in the desert. And he came into all the country about the Jordan, preaching the baptism of penance for the remission of sins; As it was written in the book of the sayings of Isaias the prophet: A voice of one crying in the wilderness: Prepare ye the way of the Lord, make straight his paths. Every valley shall be filled; and every mountain and hill shall be brought low; and the crooked shall be made straight; and the rough ways plain; And all flesh shall see the salvation of God.

Now Latin Mass saying Fr. Z is confirming that we too must have our Passion as Christ had His:

Before the Second Coming the Church herself must pass through a kind of Passion, a time of trial, during which many will fall away from the Faith.  If Christ had His Passion, the Church and we members must have our Passion. Source

OK... So how come none of those in the Latin Mass community see that our TWO POPES sit in judgement of the Church just as the TWO HIGH PRIESTS sat in Judgement of Christ?

Why turn a blind eye to the obvious?

Can you think of any TWO that will sit in Judgement of the Church if not the TWO POPES?

You say that there is only ONE POPE...

Yeah, well there was only suppose to be ONE HIGH PRIEST.

In the beginning, the Law of Moses allowed for ONLY ONE High Priest, but in the end, the Jews ended up with TWO High Priests who sat  in judgement of Christ.

Here is Bede on the number of High Priests during the life of Christ:

BEDE. Both Annas and Caiaphas, when John began his preaching, were the High Priests, but Annas held the office that year, Caiaphas the same year in which our Lord suffered on the cross. Three others had held the office in the intervening time, but these two, as having particular reference to our Lord’s Passion, are mentioned by the Evangelist. For at that time of violence and intrigue, the commands of the Law being no longer in force, the honour of the High Priest’s office was never given to merit or high birth, but the whole affairs of the Priesthood were managed by the Roman power. For Josephus relates, that Valerius Gratus, when Annas was thrust out of the Priesthood, appointed Ismael High Priest, the son of Baphas; but not long after casting him off, he put in his place Eleazar the son of the High Priest Ananias. After the space of one year, he expelled him also from the office, and delivered the government of the High Priesthood to a certain Simon, son of Caiaphas, who holding it not longer than a year, had Joseph, whose name also was Caiaphas, for his successor; so that the whole time during which our Lord is related to have taught is included in the space of four years.

Canon Law is not infallible.

Divine Scripture is the last resort - proper interpretation of Scripture


According to infallible Scripture there can be TWO high Priests at the same time - one active high priest and one passive high priest.

Under the high priests Annas and Caiphas; the word of the Lord was made unto John, the son of Zachary, in the desert." [Luke 3:2]

And they led him away to Annas first, for he was father in law to Caiphas, who was the high priest of that year." [John 18:13]

So unless you refute Scripture on the TWO High Priest you will not defeat the argument that we have in reality TWO POPES!


"I didn't see, I don't see any Great Pope or Great Monarch before an extremely great tribulation, horrifying, terrible and general for all Christendom. But before that time, twice there will be a short lived peace; TWO shaky, servile, doubtful popes" Mélanie