CONGRATS TO OUTRAGED RAD TRADS YOU GOT ANOTHER PRIEST MURDERED! FATHER ROGER MATASSOLI HAD CRUCIFIX SHOVED IN HIS THROAT AND WAS BEATEN TO DEATH  Posted by dxv515

This latest report on the murder of the 91 year old priest comes just days after RAD TRAD leader Steve Skojec on video said that the Clergy are more of a threat to the Church than the Laity!


Who is Steve Skojec? - Interview with Founder of One Peter Five - FULL DISCLOSURE

Yeah layman Skojec claims that the reason he focuses only Priestly matters on his blog and does not write on his Rad Trad blogging buddies is because the Clergy causes ALL the trouble.

Layman Steve forgets that he has no authority in the Church to address any of the Clergy abuse.

But layman Steve can influence other lay Rad Trads - just like he influenced Alexandre V to torture and Murder a 91 year old priest...

If I remember correctly it will be the NATIONALIST LAITY who will one day murder the Fatima Pope along with Cardinals, Bishops, Priests, Religious and faithful who are making their way up a steep mountain only to be Murder by the Forerunner to the Antichrist and his Nationalists Soldiers.

So its the demented and wicked RAD TRAD laity that will cause most of the damage to the Church.

The Forerunner to the Antichrist will be a LAYMAN.

The Soldiers in the NATIONALIST ARMY of the Forerunner to the Antichrist will be LAYMEN.

The ANTICHRIST will be a LAYMAN.

So Alexandre V's great-grand-father, grandfather, father, along with all his cousins, great uncles, uncles and brothers were molested by the priest over all these years and the father still allows his son to work all alone in the Priest's house?

A teenager in northern France is accused of killing a priest who allegedly abused him — by ramming a crucifix down the cleric’s throat.

Roger Matassoli, 91, had been accused of molesting at least four people during a decades-long career with the French Roman Catholic church, FranceInfo reported.

The perpetrator was identified only as Alexandre V., who worked as a housekeeper at the priest’s home in Agnetz, Oise, northern France and was busted by police as he tried to escape the residence. The priest was also accused of molesting Alexandre’s father.

The suspect was arrested and charged with murder, torture and resisting arrest. French authorities are treating the crime as a revenge killing.

Despite a long history of allegations, Matassoli was shuffled around to different locations and remained on the church payroll until 2018, something church officials chalked up to an “ecclesiastical error.”

The sister of one abuse victim, identified only as Colette, offered a graphic description to FranceInfo of Matassoli’s alleged crimes inflicted on her brother Jacques.

“There were showers, there were photo scenes: The priest asked Jacques to get naked on his bed. Matassoli also masturbated on my brother,” she told the outlet. Source

Let's count the all the dead bodies of Catholic Priests that have been accused in the coming months.

Let's make a note on how they died. 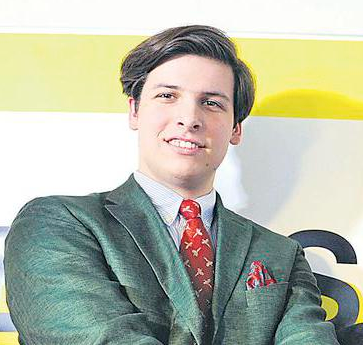 
"A forerunner of the Antichrist, with his troops drawn from many nations, will wage war against the true Christ, sole Savior of the world; he will shed much blood and will seek to annihilate the cult of God so as to be regarded as a god." Our Lady of La Salette 19 Sept. 1846 (Published by Mélanie 1879)