Ann is a convert.

Ann does not know her Catholic Faith.

Did you know that many Catholic spiritual writers claim that the Devil Apes the things of God. So what the Devil does is to STEAL things from the Catholic Church like devotions, signs, Sacraments, images, Rosary etc and the Devil corrupts these Catholic signs and presents them to his children - heretics etc.. So it makes it appear that these wicked children of Satan were the first to practice or be in possession of said "Catholic Things". And it gives the appearance that the Catholics are aping the things of the wicked children of Satan. 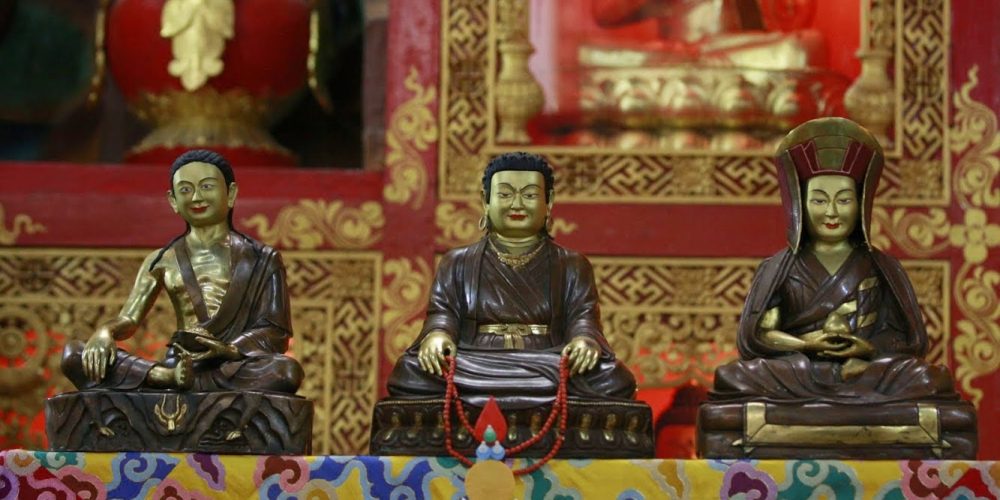 For instance take the Catholic Devotion on the Rosary - called the Golden Rosary. Now I know that this Catholic devotion is in little use today - its obscure - its from the 1500's or so. And the priest that wrote down this Golden Rosary devotion was probably taken from other Catholic that lived even further back, at least back to the days of St Dominic. I pray this Golden Rosary once in awhile.

But did you know that the Devil stole this Golden Rosary devotion (at least its name) and gave it to his wicked children the Buddhists.

The only similarities with the Catholic Golden Rosary is the name:

The Golden Rosary of the Karma Kagyu Lineage The forefathers in the Kagyu lineage are known as the “Golden Rosary.” The lineage of the Kagyu emphasizes the continuity of oral instructions passed on from master to student. See their website here

So this is just one example of a Catholic Devotion (at least its name) taken over by Satan and corrupting it and give it as a gift to his wicked Children.

Here is a Catholic website on the Catholic Golden Rosary

So if you're a Catholic who prays this Golden Rosary does this make you a Buddhist? After all it seems as if the Buddhists have more google searches for the Golden Rosary than do the Catholics.

Another instance of the Devil stealing from the Catholic Church to gift to his wicked children is the eye in the Triangle which represents the all seeing eye of God or the Trinity: 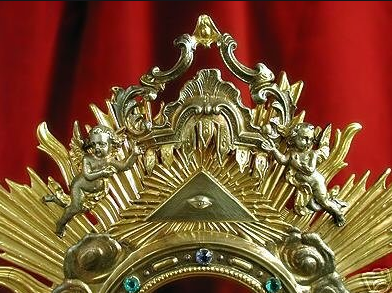 Oh No! look its Masonic all seeing eye!

Run for your lives.

I remember back in the 90's viewing the Vatican Exhibit in St Louis where a Monstrance like the one above was on display - the Triangle all seeing eye was much larger and more prominent - it was from the 1300's or so.

She claims that arms across the chest represent Freemasonry Pachamama Paganism

See her post Satanic taunting? I’ll not rule it out.

Here are the pics that Ann finds demonic: 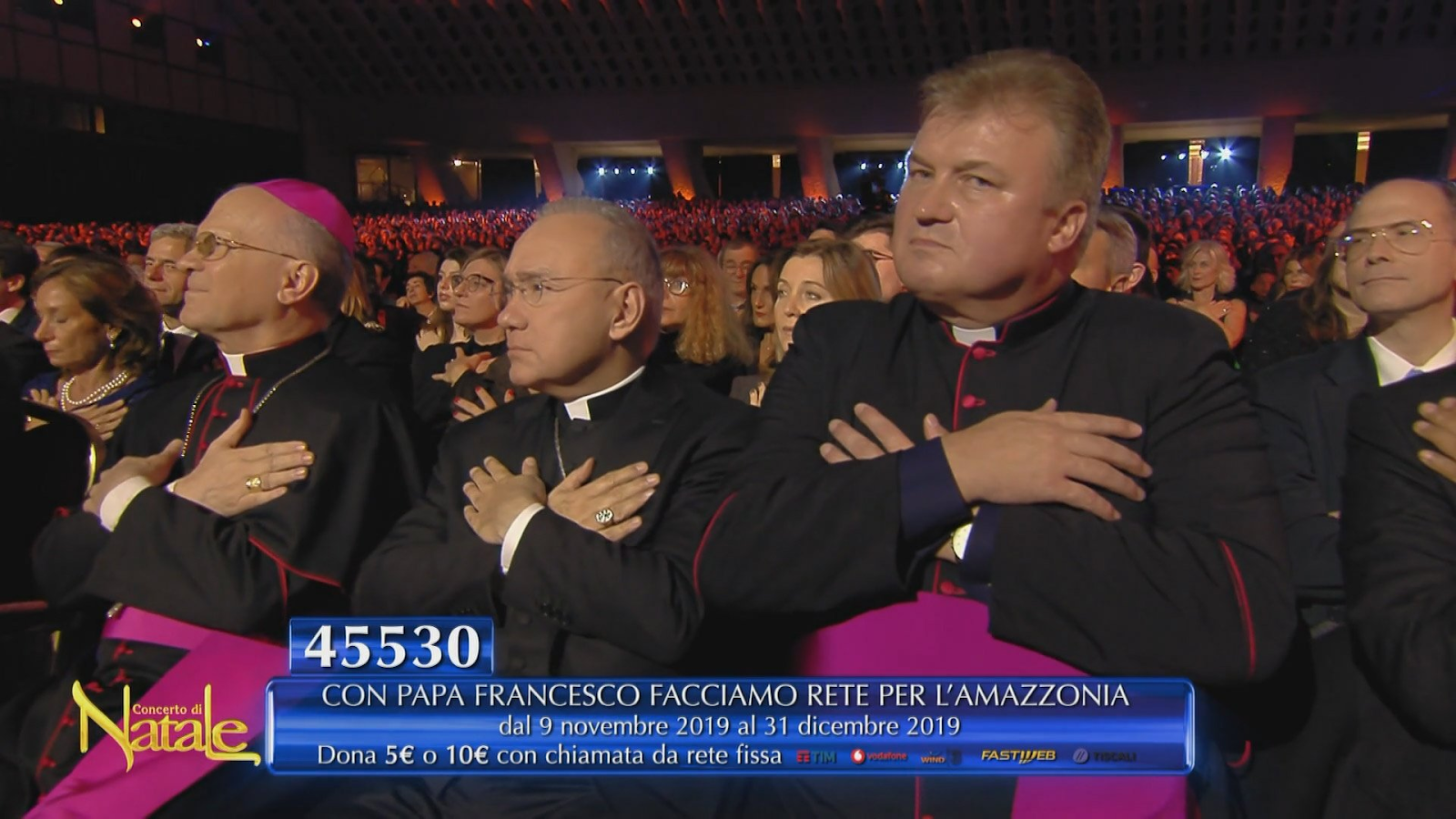 Ann claims that because the Catholic Clergy are pictured with their arms across their chest means that they are definitely FREEMASONS! 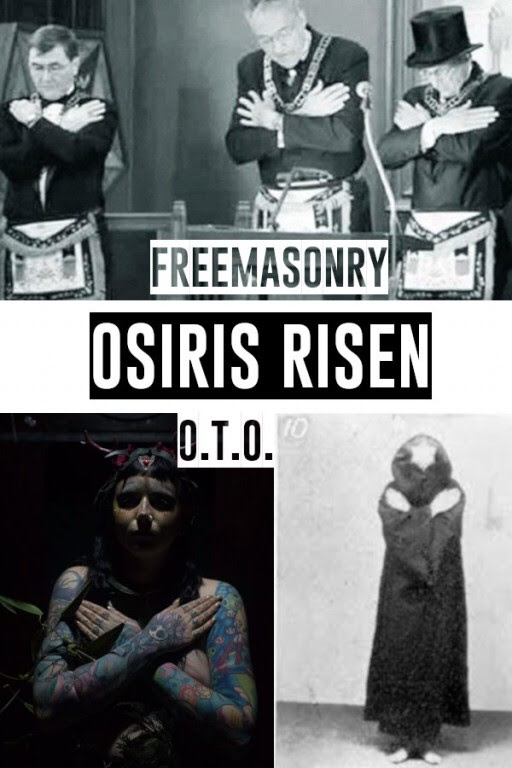 "Crossing arms across the chest is a classic gesture of defensiveness. This defensiveness usually manifests as uneasiness, shyness or insecurity."  They should be defensive. Christ is coming to get them. Source 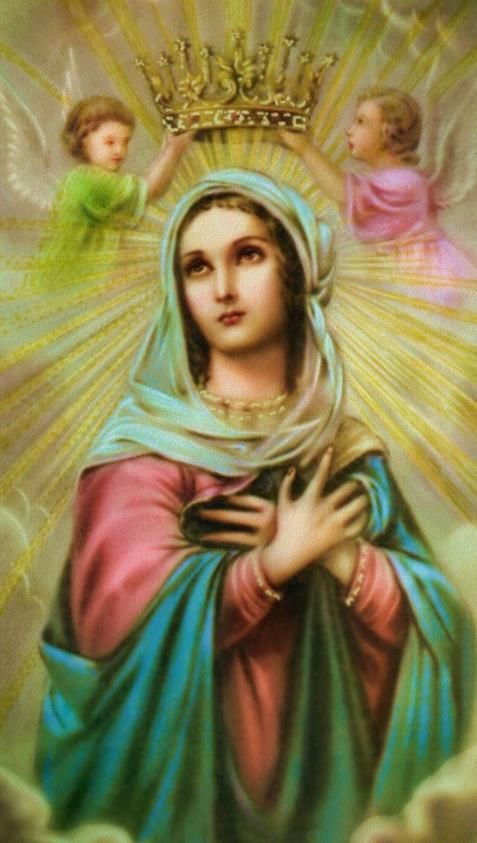 The priests, ministers of my Son, the priests, by their wicked lives, by their irreverence and their impiety in the celebration of the holy mysteries, by their love of money, their love of honors and pleasures, and the priests have become cesspools of impurity. Yes, the priests are asking vengeance, and vengeance is hanging over their heads. Woe to the priests and to those dedicated to God who by their unfaithfulness and their wicked lives are crucifying my Son again! The sins of those dedicated to God cry out towards Heaven and call for vengeance, and now vengeance is at their door, for there is no one left to beg mercy and forgiveness for the people. There are no more generous souls; there is no one left worthy of offering a stainless sacrifice to the Eternal for the sake of the world. Our Lady of La Salette 19 Sept. 1846 (Published by Mélanie 1879)  “The chiefs, the leaders of the people of God have neglected prayer and penance, and the devil has bedimmed their intelligence. They