Looks like attention whore Team Marsh is begging to be on  Tucker Carlson.

Why would any faithful Catholic beg to appear on TV over Sacrilegious attacks on the Church?

Here he is begging  Tucker Carlson: 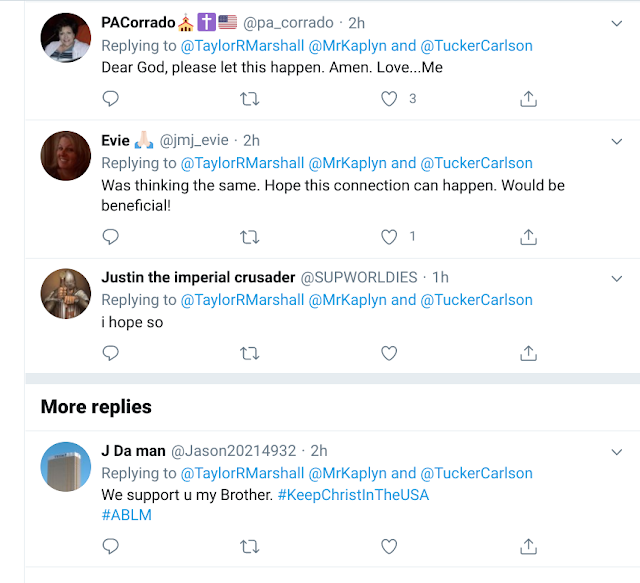