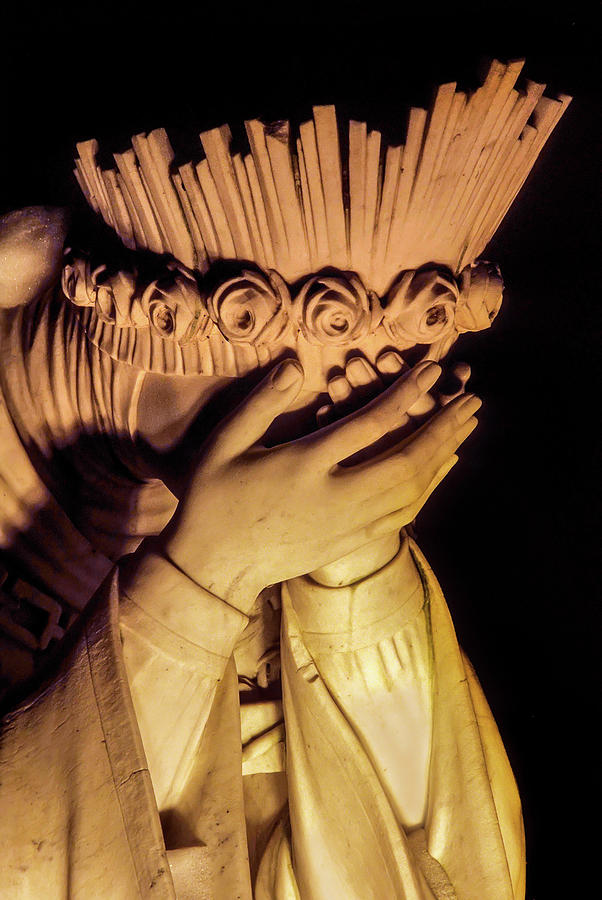 
False convert Dr.Taylor Marshall  claims to be an expert on Our Lady of La Salette and Her message.

However Marshall takes an opposite view of Our Lady of the persecution of the Church.

Here is the video:


The false convert Marshall leaves something out in his list in his 3 phases of Persecution ...

Do you know what it is?

Attacks on the Priests and Religious.

"Priests and religious orders will be hunted down, and made to die a cruel death."

Instead Marshall focuses on the persecution of the laity.

So far since that video we have witnessed three clerical deaths.

The false convert is misleading the Catholic Laity.

Here are three Priests who were attacked:

In a statement issued on Friday and transmitted via video, Bishop Elías Samuel Bolaños Avelar, announced the “tragic death” of Father Ricardo Antonio Cortez, Rector of San Óscar Arnulfo Romero seminary in the diocese of Zacatecoluca. He said that the Diocese’s “priests, men and women religious and faithful…lament” his death. Death condemned

At the same time, the Bishop said, “we condemn and repudiate the vile assassination that he suffered.”

The Bishop describes Father Cortez was “good, affable, dedicated to his flock and to the formation and education of the seminarians and to the members of the faithful he served.”

Thus, his untimely and atrocious death is all the more “unexplainable”, the Bishops said.

Bishop Avelar then proceeded to thank the forensic doctors and the Attorney General for their determination to undertake a criminal investigation into Father Cortez’s death.

Father Cortez’s body was taken at midnight to the Zacatecoluca’s Cathedral. Bishop Avelar invited “the entire Episcopal Conference, the Diocesan clergy and clergy from other Dioceses” to the funeral Mass set to take place at 10:00am local time on Saturday. He will be buried on Sunday at 11:00 with homily close family members in attendance. Source

San Miguel (Agenzia Fides) - On the afternoon of Monday 27 July, the faithful who, through the social networks of Santander, in the municipality of San Miguel, were waiting to attend the 6pm mass, received the news of the death of the parish priest, Father José Miguel Vergara Camacho, 40 years old. Agenzia Fides received the short press release from the diocese of Malaga Soatà, in which Mgr. José Libardo Garces, Bishop of the diocese, and the priests express their condolences to the priest's family and the community of San Miguel. Fr. Vergara had arrived three years ago in the municipality of San Miguel and was loved by the inhabitants of the community. Mayor Fidel Castro remembers him as a simple and humble man in the work done with the community. The causes of the death of the parish priest, who also carried out the ministry in the municipality of Cepitá, are under investigation by the authorities. (CE) (Agenzia Fides, 30/7/2020) Source

Michoacan (Agenzia Fides) – Fr. Agustin Patiño was wounded with 15 stab wounds while he was in the parish house in Briseñas, Michoacan, by 3 criminals who entered with the intention to steal. According to an initial report by the local police, thieves entered the Del Refugio parish in the municipality of Briseñas on the afternoon of 28 July. Surprised by the priest, they attacked him violently. The priest is now struggling between life and death in the hospital in Uruapan. (CE) (Agenzia Fides, 30/7/2020) Source