Hagia Sophia Opens As A Mosque And Nine Days Later Islamic Muezzin Osman Aslan Covers Up Mosaics Of The Blessed Virgin Mary And The Archangel Gabriel And Dies Immediately Of Heart Attack! 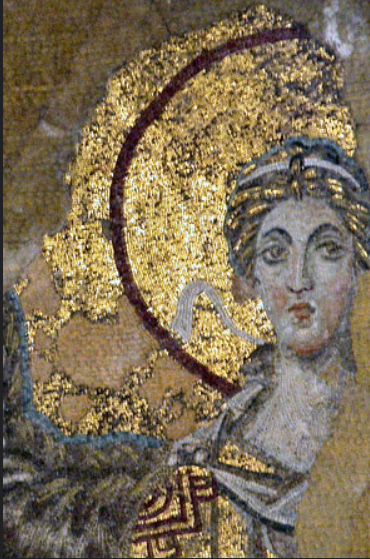 Nine days after the Hagia Sophia was turned into a Mosque, one of its Muslim helpers died of a sudden heart attack in the Mosque....I bet it was dramatic. What was he doing? Covering up the Mosaics of the Blessed Virgin Mary and Archangel Gabriel

Muezzin is a man who calls Muslims to prayer from the minaret of a mosque.


Following up my Hagia Sophia posts

Posted by dxv515 July 24, 2020I STAND WITH DIVINE PROVIDENCE AND AGAINST THE US BISHOPS ON THEIR DAY OF MOURNING FOR HAGIA SOPHIA

Posted by dxv515 July 25, 2020REMEMBER DIVINE PROVIDENCE ALLOWED THE MUSLIMS TO OCCUPY THE HAGIA SOPHIA AS PUNISHMENT TO THE GREEKS FOR DENYING CHRIST'S HUMAN WILL AND REJECTING THE AUTHORITY OF THE HOLY ROMAN PONTIFF

Not only are the Greeks punished by Divine Providence with the loss of the Hagia Sophia, the Greeks also lost :


All because well over 1400 years ago the Greeks:

1. Rejected the Supreme Authority of the Holy Roman Pontiff
2. Denied that Jesus Christ had a Human Will

Yeah so the Greeks are still punished by Divine Providence

First the story of the promise to cover up the Mosaics:

In a Controversial Move, Turkey Will Cover Mosaics Depicting Christian Icons in the Hagia Sophia During Muslim Prayer

Images depicting the Virgin Mary and the archangel Gabriel, which are situated in the direction Muslims face during prayer, will be obscured.

Mosaics depicting Christian icons in the Hagia Sophia will be covered during muslim prayer, after the site was converted back into a functioning mosque earlier this month.

The announcement came from a spokesperson for Turkish President Recep Tayyip Erdoğan, who said on Sunday that some images depicting the Virgin Mary and the archangel Gabriel, which are situated in the direction of Mecca, which Muslims face during prayer, would be covered during religious services.

The images would be uncovered when the building was otherwise open for tourists.

The spokesperson said that other Christian figures depicted in the building did not pose a problem for worshippers since they were not in the direction of Mecca, but did not elaborate if there would be instances in which those would be covered. Source

Now this Doom takes place death of a Muezzin.

Looks like Divine Providence is sending a message to the Muslim world:

Muezzin Osman Aslan who was serving at the Hagia Sophia since it started to operate as a Mosque died suddenly in the building from an apparent heart attack on Sunday, the Governorship of Istanbul informs in a Twitter post.

“We wish mercy from God to the family and relatives of Uhud Mosque, Muezzin-Kayyum, who passed away during the voluntary guidance service in Hagia Sophia, due to a heart attack,” the Governorship said.

His death came a few days after the conversion of Hagia Sophia into a mosque.

Aslan served in Hagia Sophia from the first day of its conversion into a mosque as a volunteer, informing Muslims about the measures of the coronavirus inside the building.

After 86 years, a full-fledged Muslim prayer was held in Hagia Sophia on July 24.

Hagia Sophia was built in 537 under the Byzantine Emperor Justinian I as the cathedral of the Ecumenical Patriarchate of Constantinople. After the Ottoman capture of Constantinople in 1453, the basilica was converted into a mosque. Under the Ottomans, architects added minarets and buttresses to preserve the building, but the mosaics showing Christian imagery were whitewashed and covered.

In 1934, under a secularist Turkish government, the mosque was turned into a museum. Some mosaics were uncovered, including depictions of Christ, the Virgin Mary, John the Baptist, Justinian I, and Zoe Porhyrogenita. It was declared a World Heritage Site under UNESCO, the United Nations Educational, Scientific and Cultural Organization, in 1985. Source 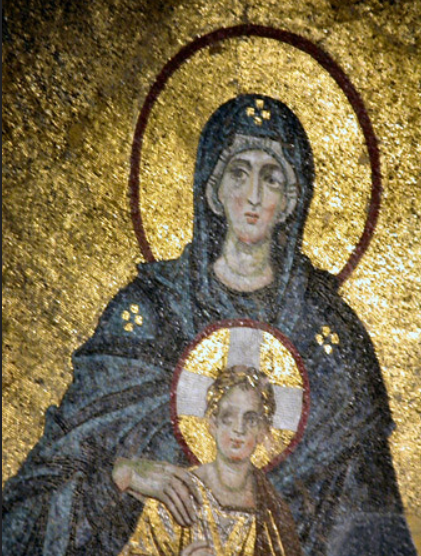