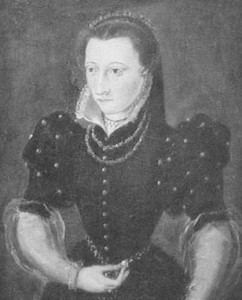 Is Ann playing a game with two men in her life?

Back in February it looked like Ann has found her man - Father Anthony Hannon.

But now I starting to wonder if Ann dumped Father Anthony Hannon and found a new man -  Fr. Jeremy Leatherby?

Something strange has been revealed about  Fr. Jeremy Leatherby.

First he rejected Pope Francis as True Pope and became a Barnhardtite.

Then  Fr. Jeremy Leatherby got excommunicated.

Then it has been revealed that  Fr. Jeremy Leatherby has a romantic interest in a lady...gee..I wonder who the lady is?

The following is the update from February

Finally an answer to the question - if every wicked Heretic had his wicked Female counterpart.....who does  Ann Barnhardt belong To?

Jerome said that every Heretic has his female companion.
All prophetesses of like spirit with the prophets, all hands and helpers to divulge their heresies. So in these our later days, every new master had his mistress, and every Preacher his partner, all participant of the same spirit; thus had...
and every new Doctor, as Carolostadius, Oecolampadius, Bucerus, Martyr, Sanctius (and who not?) every one his sister, and yoakefellow in the spirit of the Lord. (Source: St. Jerome and a very Dead Jesuit I.S. of the Society of Jesus)


Who is Father Anthony Hannon?


Thanks, Father Hannon! And thanks to all of you. Some interesting inside baseball….

Fr. Hannon begins discussing “the Barnhardt Hypothesis” at the 11:00 mark. He makes the point, in a very calm and measured tone, that all attempts at refutation have been ad hominem attacks against me and the mendacious straw man accusation of “sedevacantism”.

I’d first like to extend my gratitude to everyone for all of the absolutely LOVELY notes of support and encouragement. Let me assure one and all that the personal attacks and calumnies against me do not bother me at all. Not even slightly. And I really mean that. In fact, the thing that I am having to work on and be very careful about is laughing at these things (along with many friends who are watching quietly) because sin is never funny, especially grave sins. Remember, EVERY sin is an offense against Our Lord Jesus Christ. Every sin He bears in His Agony in the Garden. EVERY sin He takes as He is scourged at the pillar. EVERY sin He carries on His back to Calvary. So, it is really important to remember, and this is my personal challenge in this context, that sin is NEVER funny because there is NOTHING about Our Lord’s Passion that is funny. Nothing. As we pray the First Sorrowful Mystery of the Rosary, Our Lord’s Agony in the Garden, and we consider the Fruit of the Mystery, Sorrow for Sin, we must remember that that sorrow should first and foremost be for our OWN sins, BUT it is also sorrow for the sins of the world, including the sins of our “enemies”. Sorrow. NOT amusement. This is a reason why we say in the Confiteor, “thought, word and deed”.

We should also remember that Our Lord was ruthlessly and relentlessly attacked and calumniated, being accused of everything under the sun, from blasphemy to insanity to sorcery to being a demoniac, and probably other unspeakable things too that aren’t recorded in the Gospels. One can only imagine. So, when such things happen to us, it is just another opportunity being given to us by the Divine Providence to draw even closer to Our Lord, sharing in His Sorrowful Passion, even if only to a minuscule degree. Count it ALL joy.

Next, just another reminder pertaining to what Fr. Hannon says in the video above. Many people assume that all of the various people that are so stridently against the case made by me and others that Pope Benedict’s attempted resignation was canonically invalid are fully informed as to the argumentation, Canon Law citations, logical arguments, etc. For this reason, people email me expressing surprise and confusion that the people who are trying to discredit the argument often try to make arguments that I either anticipate or refute explicitly in the video presentations, and in writing, oftentimes repeatedly here in this space. Yes. The reason for this is that these people have not, to this day, engaged the dataset. They admit openly that they refuse to read or watch anything I have done because I am “stupid”, “irrational”, “unqualified”, “ugly”, “crazy”, “sociopathic”, “narcissistic”, “evil”, etc. I think we all know the real reason these folks refuse to engage the dataset. They’re terrified that it is true, and that my presentation is sound.

Finally, a bit of explanation of why these people have a massive beef against me personally.

Years ago I fell in with a crowd of people in Rome that I should have never had anything to do with. I did not heed warnings, and to my eternal shame, I disregarded my gaydar. Men who act like super-campy queens act that way not because they are “super-smart”, but because they are homosexual. Being intelligent does NOT make people sex perverts. Diabolical Narcissism makes people sex perverts. I walked away from this clique several years ago, and thank God every day that I did. THIS is the root and genesis of the foaming hatred of me personally. It is literally a junior high school-level thing. “Francis is definitely Pope and we hate Ratzinger” because Ann Barnhardt walked away from a clique of sodomite and sodophile Trad pseudo-intellectuals in Rome and “she won’t do what we say and we hate her and we hate anyone who doesn’t hate her too.” Um, okay. I shall try not to sink beneath my own anguish. It LITERALLY is that adolescent and stupid. And goes to show you how important it is to NOT keep bad company. It might not bite you in the butt today, or tomorrow, but keeping bad company WILL cause you problems eventually. If you see or are shown red flags, and especially if your gaydar pegs, honor that. First impressions, while certainly not infallible, should be weighted heavily because they generally contain some truth.

Keep a close eye on this space as there will be multiple posts per day. I have a list of posts and essays as long as my arm in queue. IT’S ALL HAPPENING, FOLKS! IT IS A GLORIOUS TIME TO BE ALIVE! KEEP PRAYING!! PRAY THE ROSARY! GO TO MASS! STAY CLOSE TO THE SACRAMENTS! Source 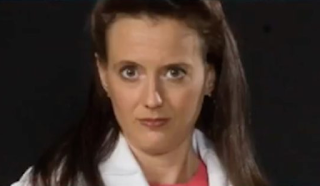