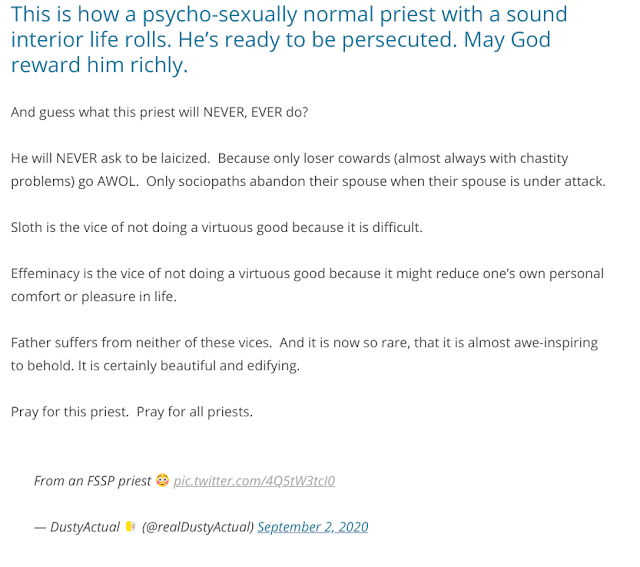 Both the Archdiocese of Denver and the Priestly Fraternity of St. Peter are reviewing the situation of a priest who told Catholics to disobey the orders of Church and civic officials regarding masks at Mass and other religious services.

In a video posted on YouTube Tuesday, Fr. Daniel Nolan told Catholics “do not obey the bishop, do not obey the governor. They cannot tell you to wear a mask. This is a lie. They are lying to all of us.”

His remarks came at the conclusion of a catechetical session offered at Our Lady of Mount Carmel Parish in Littleton, Colorado, which posted the video on YouTube Tuesday, and took it down on Wednesday.

Asked in the video about obedience to local Church authorities, Nolan added: “Disobey them all. At this point they have zero authority. These are cooperating in evil. Which is the suppression of the American people. Suppression of your rights, suppression of your liberties, suppression of common sense. The emperor has no clothes. If you are healthy you have a .006% chance of dying from COVID. The flu has a greater chance of killing you, if you’re healthy. So big time lies. This is not politics anymore, this is morality.”

Noting that the YouTube video “was taken down before it could be fully reviewed,” Haas said the archdiocese would “begin the process of determining any appropriate next steps.”

The spokesman added that the archdiocese would begin its review of the situation in conversation with the parish pastor.

Canon law establishes that a person who “provokes subjects to disobey” their ordinary “is to be punished by an interdict or other just penalties.”

Guidelines published by the Archdiocese of Denver June 2 say that Catholics who attend public Masses should wear a mask.

The guidelines do not specify whether they are normative mandates, and they instruct pastors to make “prudent decisions for their parishes after reading through the Archdiocesan guidance and understanding state and local regulations.”

But Haas told CNA that “the Archdiocese of Denver’s guidelines for public Masses instruct all parishioners to wear a mask. All parishes are also expected to follow the varying local and state public health orders.”

The state of Colorado requires until Sept. 14 that masks be worn in “public indoor spaces” by most persons over 10 years old. The state executive order includes exceptions for persons with medical conditions, and for religious officials, including priests, officiating at religious services.

Our Lady of Mount Carmel is a parish administered by the Priestly Fraternity of St. Peter (FSSP).

The FSSP is a society of apostolic life which celebrates the extraordinary form of the Roman rite. It was founded in 1988 by 12 priests of the Society of St. Pius X. The founders left the SSPX to establish the FSSP after the society's leader, Archbishop Marcel Lefebvre, consecrated four bishops without the permission of St. John Paul II.

Philip Condron, a spokesperson for the FSSP, told CNA that the fraternity “will review this matter according to the Code of Canon Law and its own internal policies.”

“The Priestly Fraternity of St. Peter superiors have instructed their priests to adhere to public health guidelines as issued by local, state and federal authorities, including the requirements of their local ordinaries (bishops),” he added.

Nolan, 44, was ordained a priest of the Priestly Fraternity of St. Peter in 2014. Before entering the FSSP, he attended the United States Naval Academy and served in the Marine Corps, retiring as a captain in 2006.

There are nearly 300 priests and 150 seminarians in the fraternity. It has parishes and chapels in North America, Europe, Oceania, Nigeria, and Colombia, including the personal parish of Our Lady of Mt. Carmel, at which Nolan has been a parochial vicar since 2018.

Parishioners have told CNA that Nolan has been well regarded at the parish, hosting men’s nights for the Knights of Columbus and being attentive to spiritual formation.

Nolan has not yet responded to questions from CNA.

During the video, in which the priest referred to the coronavirus outbreak as a “scamdemic,” Nolan told parishioners to “brace yourselves for a new third priest,” adding that “my next sermon is gonna get me, like, transferred so enjoy me while you can.”