Christine Niles Of Church Militant Claims Supporter Of SSPX Archbishop Viganò Was Unaware Of Voris And Niles Seven Month On Going Smear Of SSPX.....Until She Called Him.... 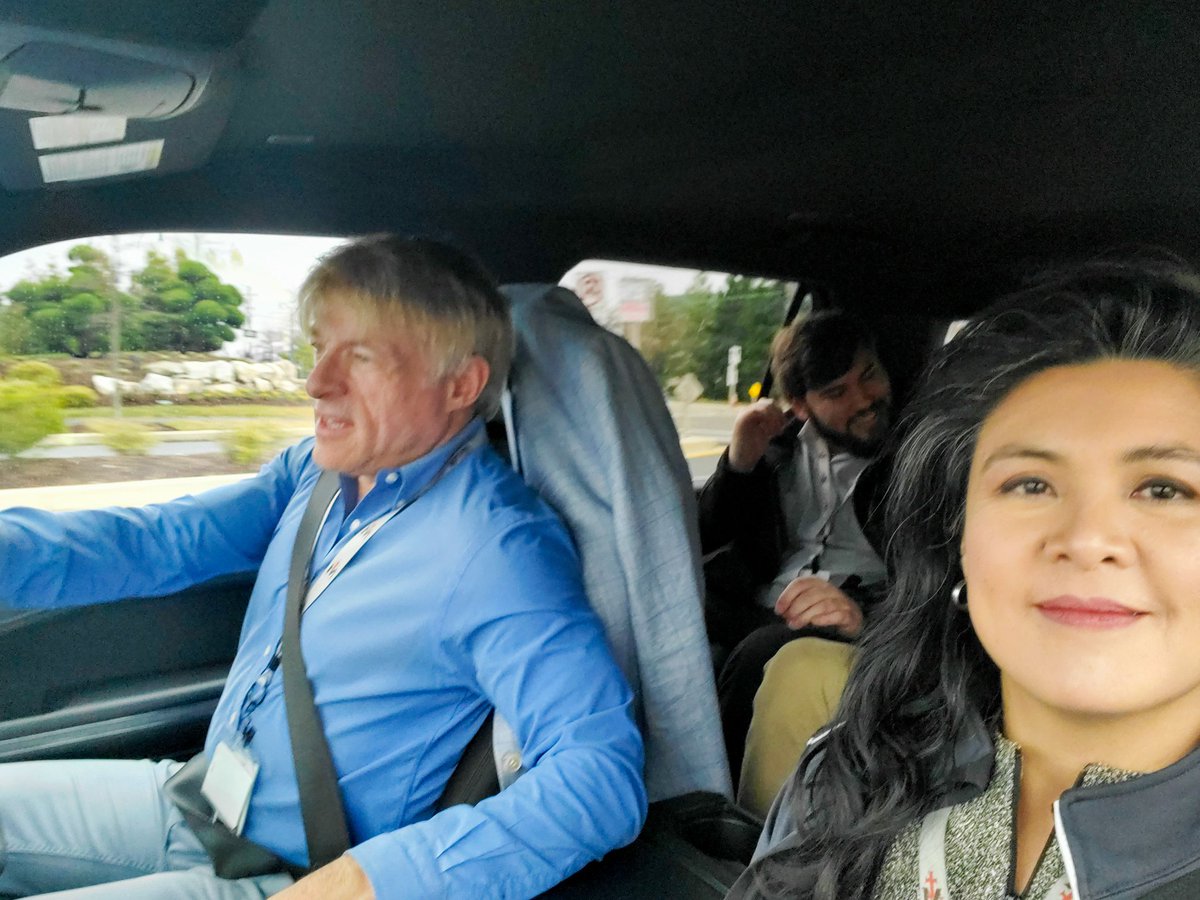 Witch Taking A Selfie While Driving 70mph Down The Highway


Is Archbishop Viganò  a friend or foe of the SSPX?

Time will tell. (I think not)

Archbishop Viganò in his own words on the SSPX:

This hidden and often silent work has been carried out by the Society of Saint Pius X, which deserves recognition for not having allowed the flame of Tradition to be extinguished at a moment in which celebrating the ancient Mass was considered subversive and a reason for excommunication. Its priests have been a healthy thorn in the side for a hierarchy that has seen in them an unacceptable point of comparison for the faithful, a constant reproach for the betrayal committed against the people of God, an inadmissible alternative to the new conciliar path. And if their fidelity made disobedience to the pope inevitable with the episcopal consecrations, thanks to them the Society was able to protect herself from the furious attack of the Innovators and by its very existence it allowed the possibility of the liberalization of the Ancient Rite, which until then was prohibited. Its presence also allowed the contradictions and errors of the conciliar sect to emerge, always winking at heretics and idolaters but implacably rigid and intolerant towards Catholic Truth.

I consider Archbishop Lefebvre an exemplary confessor of the Faith, and I think that by now it is obvious that his denunciation of the Council and the modernist apostasy is more relevant than ever. It should not be forgotten that the persecution to which Archbishop Lefebvre was subjected by the Holy See and the world episcopate served above all as a deterrent for Catholics who were refractory toward the conciliar revolution.

I also agree with the observation of His Excellency Bishop Bernard Tissier de Mallerais about the co-presence of two entities in Rome: the Church of Christ has been occupied and eclipsed by the modernist conciliar structure, which has established itself in the same hierarchy and uses the authority of its ministers to prevail over the Spouse of Christ and our Mother. Source

Q. What About the Society of Saint Pius X?

A. Perhaps as a more concrete answer to the question about where are we to turn, Archbishop Viganò reveals for the first time his thoughts regarding the Society of Saint Pius X (SSPX) and its founder, Archbishop Marcel Lefebvre. He believes the SSPX “deserves recognition for not having allowed the flame of Tradition to be extinguished….” He reveals that he considers them to be “a healthy thorn in the side” of the Modernist hierarchy and credits them for shining a light on “the contradictions and errors of the conciliar sect.” He appears to condone the consecration of bishops without a written papal mandate in 1988 when he observes that these consecrations made it possible for the Society “to protect herself from the furious attack of the Innovators.” His Grace refers to the punishments inflicted upon the Archbishop and his Society (the alleged claim of his excommunication, for example) not as acts of justice but rather those of “persecution.” He believes that Archbishop Lefebvre’s critique of the Council is “more relevant than ever.” Rather than considering Lefebvre a “schismatic” or “excommunicate,” Archbishop Viganò calls him “an exemplary confessor of the Faith.” Source

Here is the witch freaking in a Tweet out over Archbishop Viganò comments on the SSPX: 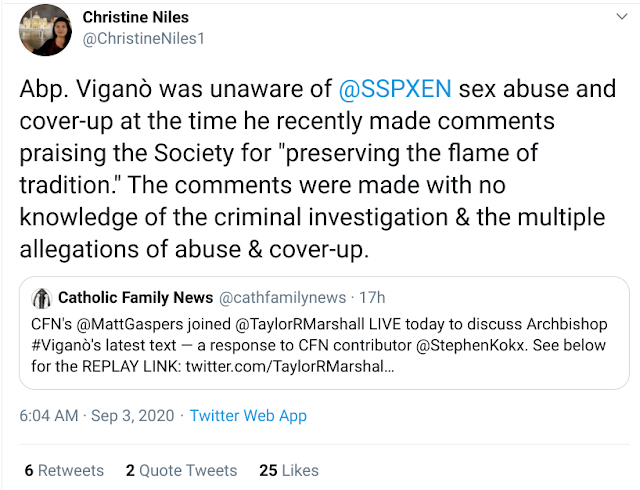