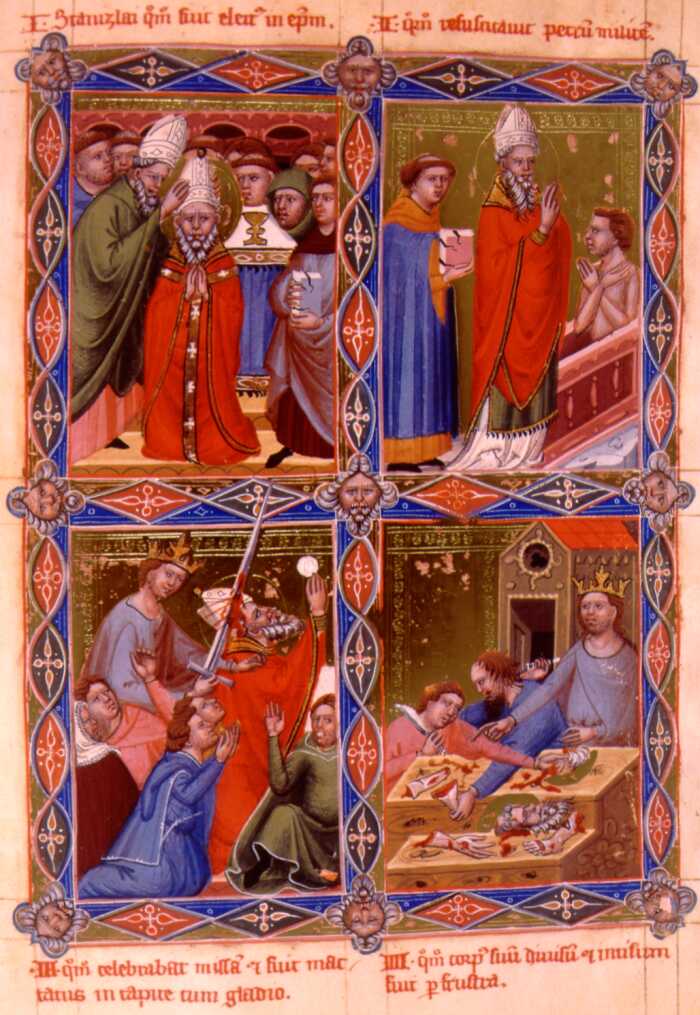 St. Stanisław Was Slain While He Was Celebrating Mass
FSSP Refuse To Be Slain While Saying Mass
No doubt influenced by the FFSP Lay Monster Ann Barnhardt and the Fr. Z...
Hey! Morons who had ALL the weapons during the Crucifixion?
1. Jesus
2. Blessed Mother
3. St. John
4. St Mary Magdalene
5. Roman Soldiers
Really and truely I can't get over the fact how right I have been about the gun nuts occupying the Latin Mass pews.
These men who are packing heat have no love for God and are devoid of devotion and piety.
I am waiting for the day when these godless gun nuts shoot each other by mistake during the holy Sacrifice of the Mass.
If these morons don't kill each other during Mass then chances are they will murder the Fatima Pope and faithful on top a Steep Mountain as our Lady of Fatima had said.
This analysis is way too easy....
I bet the FFSP Priest Monsignor John Fritz is packing heat while he is saying Mass.
Here from the FSSP web site for a laugh:
Appropriate Attire
To dress becomingly for God and neighbor, and in keeping with the reverence due to the Blessed Sacrament, kindly refrain from wearing shorts, tee-shirts, tank-tops, revealing blouses, sleeveless or backless dresses, form-fitting clothing of any sort, or any other raffish clothing. Do let your dresses and skirts fall below your knees. Ladies are highly encouraged to cover their heads whilst in church according to Apostolic Tradition and Sacred Scripture (see 1 Cor. 11:2-16); men are highly encouraged to wear suits and ties, or at least dress slacks and collared shirts. With due regard to time and circumstance, we encourage all to wear decorous attire befitting the sacred place and divine worship.
Source
Are you kidding me?
So Father is it Appropriate to carrying firearms during the Holy Sacrifice of the Mass?
Really?
What a bunch of godless morons...
Here's the story:

SOUTH BEND, INDIANA — The National Catholic Reporter first posted the story about the pastor who invited 12 men to undertake arms training to protect St. Stanislaus Church, in light of a drastic increase of vandalism and violence against Catholic Churches, statues, and shrines in the United States in 2020.

On September 1st, Msgr. John Fritz, the pastor of St. Stanislaus, Bishop and Martyr, invited parishioners to volunteer for firearms training after a parish picnic at the Fraternal Order of Police Lodge, on September 13th.

The training was organized by a police officer, who is a parishioner of St. Stanislaus.

"We have spots for about 12 men who have no (or little) experience in shooting," Msgr. Fritz wrote in an email to parishioners. "There will be a briefing on safety rules and training/practice to go from low ready to fire position, reload, fire again and return to safe."

"We would like any man who wants to be included in the physical defense of the parish to be present to discuss and go over tactics for possible situations at St. Stanislaus that would require the use of firearms," Fritz wrote.

St. Stanislaus is an Apostolate of the Priestly Fraternity of St. Peter (FSSP) and only provides the Extraordinary Form of the Holy Sacrifice of the Mass, also known as the Tridentine Mass or Traditional Latin Mass. Msgr. Fritz is also a member of the FSSP.

The Diocese of Fort Wayne-South Bend offered a written statement to the National Catholic Reporter about the firearms training and the possibility of parishioners expressing their right to carry:

"St. Stanislaus parish in South Bend is in the early stages of exploring security needs for the parish, taking into account the prospect that certain situations could include the need for defensive use of firearms. Discussions of this nature are not uncommon in church communities across the country. A law enforcement officer at the parish is offering safety training for parishioners who may legally carry firearms; they are not being trained to provide the armed security of the parish."

The statement also expressed that while Indiana law allows for legal possession of firearms in churches, "Bishop Rhoades expressed his preference that public or professional security personnel provide for public safety on church property if needed, rather than parishioners carrying firearms in churches."

In Christ Crucified and the Most Victorious Heart of Jesus.