I Pray For The Destruction Of The Space Industry During Sunday Mass: Russian And Chinese Satellites To Collide - Object 1: 19826 On Collision Course With Object 2: 36123 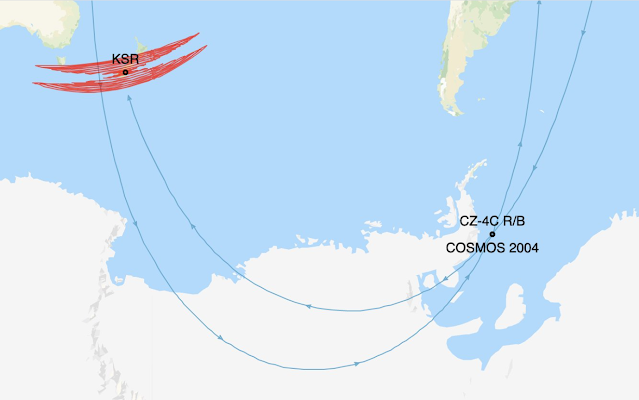 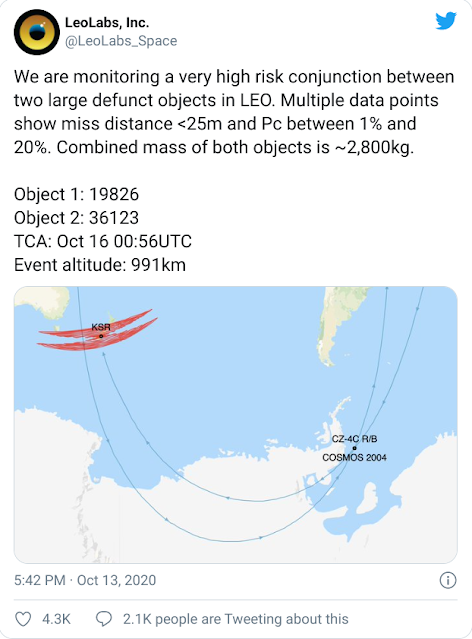 Arise, O Lord, let not man prevail....
Dead Russian satellite and discarded Chinese rocket are at 'very high risk' of colliding at 33,000mph tonight - and could smash into thousands of pieces increasing space junk by up to a FIFTH

An out-of-commission Russian satellite and a discarded Chinese rocket orbiting the Earth more than 600 miles above the surface have a ‘very high risk’ of colliding tonight. LeoLabs, a firm that tracks space debris, reveals these objects are likely to pass less than 40 feet from each other, and shared a model that shows a 10 percent chance of the two smashing into each other at 20:56 ET on Thursday (01:56 BST Friday) just above Antarctica. The objects have a combined mass of 2.8 metric tons, and the impact would add thousands of pieces of space junk – anywhere from 10 percent to 20 percent more debris – to the 170 million currently floating in orbit. The speed of the collision between the Russian Kosmos-2004 satellite and the Chinese Chang Zheng 4C rocket would be around 14.7km per second (32,882 miles per hour), LeoLabs estimates. Although there is no threat to people on Earth, the man-made materials would pose a significant risk to functioning satellites in orbit.  Source