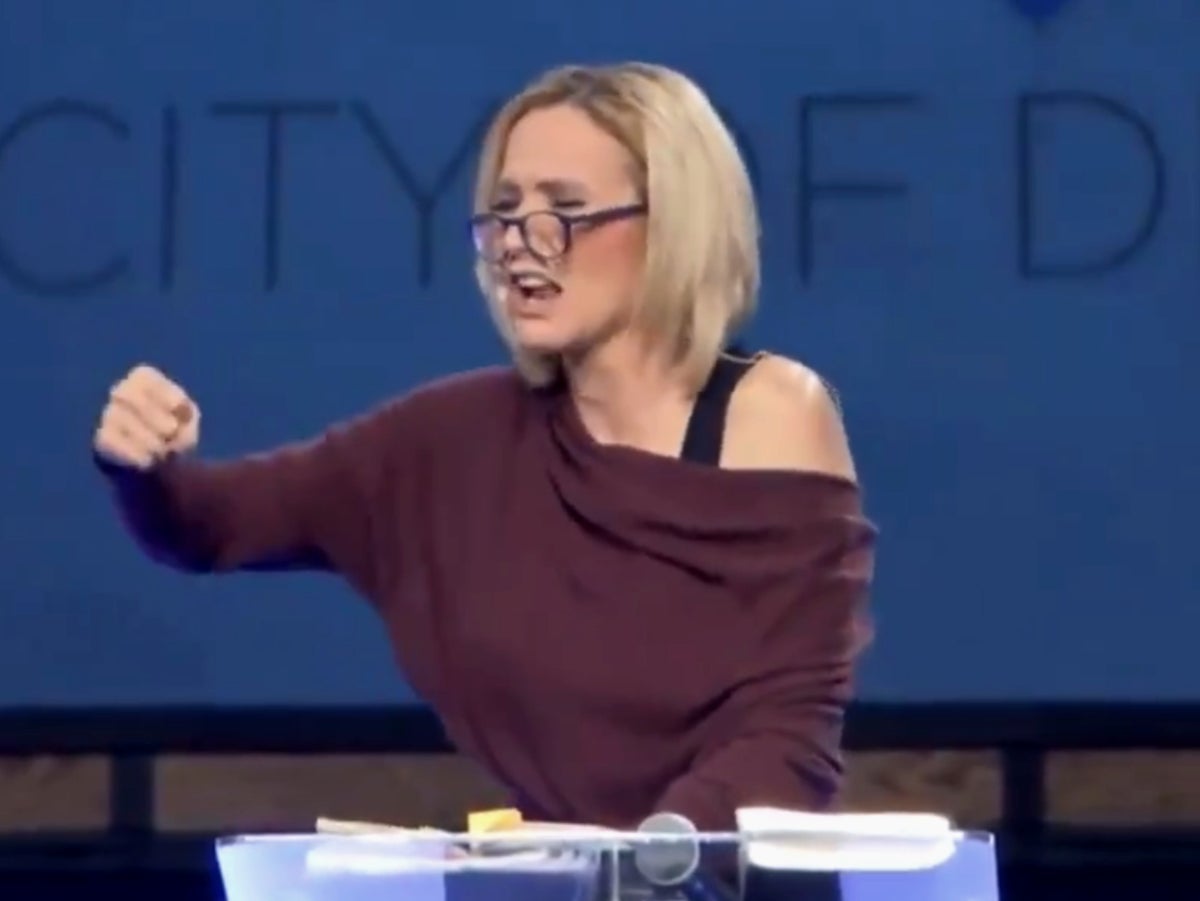 “All the civil governments will have one and the same plan, which will be to abolish and do away with every religious principal to make way for materialism, atheism, spiritualism and vice of all kinds. Our Lady of La Salette 19 Sept. 1846 (Published by Mélanie 1879)

Pastor Paula White's bizarre prayer service has been brutally mocked online after it was live-streamed, in an apparent bid to help Donald Trump secure re-election A televangelist has gone viral online after conducting an impassioned prayer service in an effort to secure Donald Trump's re-election. Presidential spiritual advisor pastor Paula White, told viewers on Wednesday that the "angelic reinforcement" has been summoned from Africa and South America. A clip from her sermon shows her leading the prayer in a near theatrical performance in the centre of a podium as actors walk behind and around the stage. Paula, who heads the evangelical advisory board in Donald Trump’s administration, is heard chanting: "Strike and strike and strike. "I hear a sound of abundance of rain. I hear a sound of victory. The Lord says it is done. For I hear, victory, victory, victory!"She continues in high spirits with emotional gestures while calling for "angelic reinforcement" and attempting to battles the "demonic confederacies" that are attempting to steal the election from Trump. "We command that it's being exposed right now in the name of Jesus," she adds. "The angels... dispatched from Africa. Viewers were unsurprisingly stunned by the bizarre scenes and took to Twitter to share some hilarious reactions. A reverend wrote: "I’m blown away how Paula White and Franklin Graham are seriously attempting to pray to a liberator for the success of an oppressor." Source