Gary Voris, Who Goes By Michael Voris In His Internet Videos Is Being Sued For Defamation Of Judicial Vicar Rev. Georges de Laire 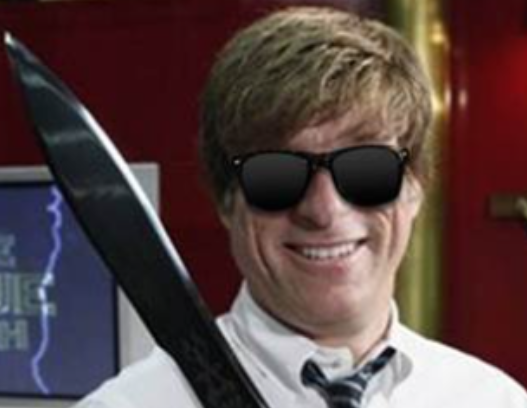 Priest sues Michael Voris
Judicial Vicar Rev. Georges de Laire filed a federal lawsuit against the far-right news outlet Church Militant this week, claiming the outlet published “recklessly false” statements about de Laire after a notorious radical sect was disciplined by the New Hampshire diocese.
Gary Michael Voris, who goes by Michael Voris in his internet videos, runs Church Militant, a website that reports on Catholic news and politics. Voris' outlet published videos and articles calling de Laire “emotionally unstable,” stating de Laire is incompetent, and implying he’s corrupt, according to the lawsuit filed in the United States District Court in Concord on Friday.
The lawsuit states that Voris started his campaign against de Laire in January of 2019 after the diocese barred the Slaves of the Immaculate Heart of Mary from calling themselves Catholic and put the group under discipline.
The Slaves are considered a hate group by the Southern Poverty Law Center.
According to the lawsuit, de Laire suffered damage to his reputation once Church Militant started its reporting on him. He also received threats from people who believed the reporting, the lawsuit states.
"As a result of the January 2019 article, Father de Laire has suffered severe damage to his personal, professional and moral reputation. He has received numerous phone calls and emails from parishioners, churchmilitant.com readers, and members of the public who accepted Mr. Voris’s reporting as true. The emails and calls ranged from mere criticism to outright threats," the lawsuit states. Source