Baron Alexander von Tschugguel
The nationalist gun nut over at Restore DC Catholicism has this to say about our current evils:
Below is a Lepanto Institute podcast, wherein Michael Hichborn and Jim Maughan explain how today's calamities are most likely results, punishments if you will, for the pachamama being brought into the Vatican for idolatrous worship. They point out how spiritual and societal deterioration have accelerated since the pachamama sacrileges, most notably the corona virus, the abject dereliction of duty on the part of Catholic clergy (more on that later) and the Democratic theft of the US presidential election. Source
The Pachamama is no longer - that was a one time event. Today's calamities are most likely results, punishments if you will, for the manifestation of the forerunner to the Antichrist - Baron Alexander von Tschugguel. Pachamama didn't visit the shore of America - but the forerunner to the Antichrist did. Look what took place in America just a few short months after the visit of the forerunner. Blame a piece of wood that even the devils could not possess. Its the man Baron von Tschugguel that is the cause of the present evils and of the evils to come as Our Lady of La Salette had said:
"A precursor of the Antichrist, with his troops drawn from many nations, will wage war against the true Christ, sole Savior of the world; he will shed much blood and will seek to annihilate the cult of God so as to be regarded as a god. Our Lady of LaSalette September 19th 1846  (Published by Mélanie 1879) 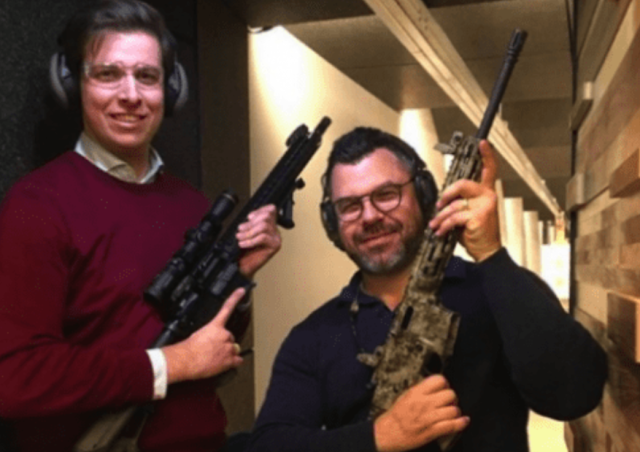 Forerunner To The Antichrist And His False Prophet
The Forerunner To The Antichrist Tschugguel will ape the actual Antichrist in these four doctrines set down by Cardinal St Robert Bellarmine
The first doctrine that Tschugguel performed is number 4 - destruction of IDOLS when he threw the Pachamama Idol into the Tiber.
FOUR HEADS OF ANTICHRIST DOCTRINE
1. The Antichrist shall deny that Jesus is Christ, and for that cause shall impugn all the ordinances of Our Savior, as Baptism, Confirmation, & c. and shall teach that Circumcision is not yet cease, nor the Sabbath, and the other ceremonies of the Law. I.Joan.2. Who is a liar, but he that denieth Jesus to be Christ? And this is Antichrist, who denieth the Father and the Son?
2. Afterward when he hath persuaded that Our Saviour is not the true Christ, then he will affirm, that he himself is the true Christ, promised in the Law, and the Prophets. Joan.5. If any come in his own name, him you will receive. viz. for the Messias.
3. He will affirm that he is God, and will be worshiped for God.2. Thess.2. so that he sit in the Temple of God, showing himself as though he were God.
✅4. He will not only say that he is God, but also that he is the only God, and he will impugn all other Gods, that is, as well the true God, as also the false Gods, and all Idols, 2 Thess.2. Who extolleth himself above all that is called God, or that is worshiped as God. And Dan.11. And he will not repute the God of his Fathers, nor care for any o the Gods. because he will rise against all.
The Forerunner to the Antichrist Baron Von Tschugguel has impugned the Pagan Pachamama Idol
The Forerunner to the Antichrist Baron Von Tschugguel will one day impugn Jesus Christ