Is it so hard to say Churchmen?

Why do Rad Trad Influencers always attack the Bride of Christ? Why not just blame the Churchmen instead.

Why attack the Bride of Christ?

If you have a beef with what the Churchmen are doing then blame them! Not The spouse of Christ!

Michael Matt and ALL Rad Trad influencers always attack the Church and they have been doing it for years now.

In his latest video Matt is attacking the Church - again.

In this video Matt calls the Bride of Christ the "little lackey of the new world order." 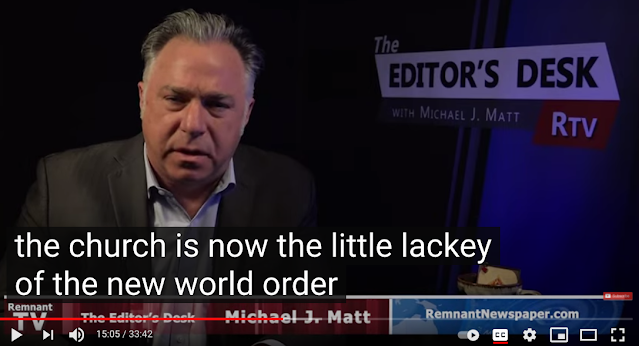 Then Michael Matt gives a litany of the present evils in society and after each  one Matt demands:

What? So Matt is blaming the Church for these present evils in Society.