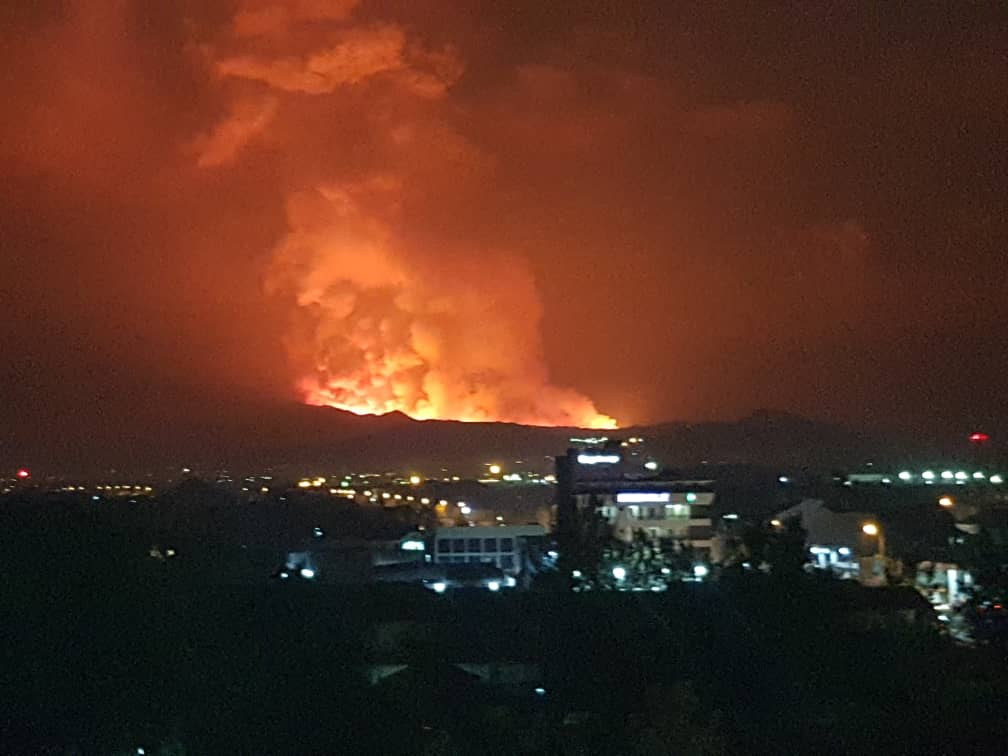 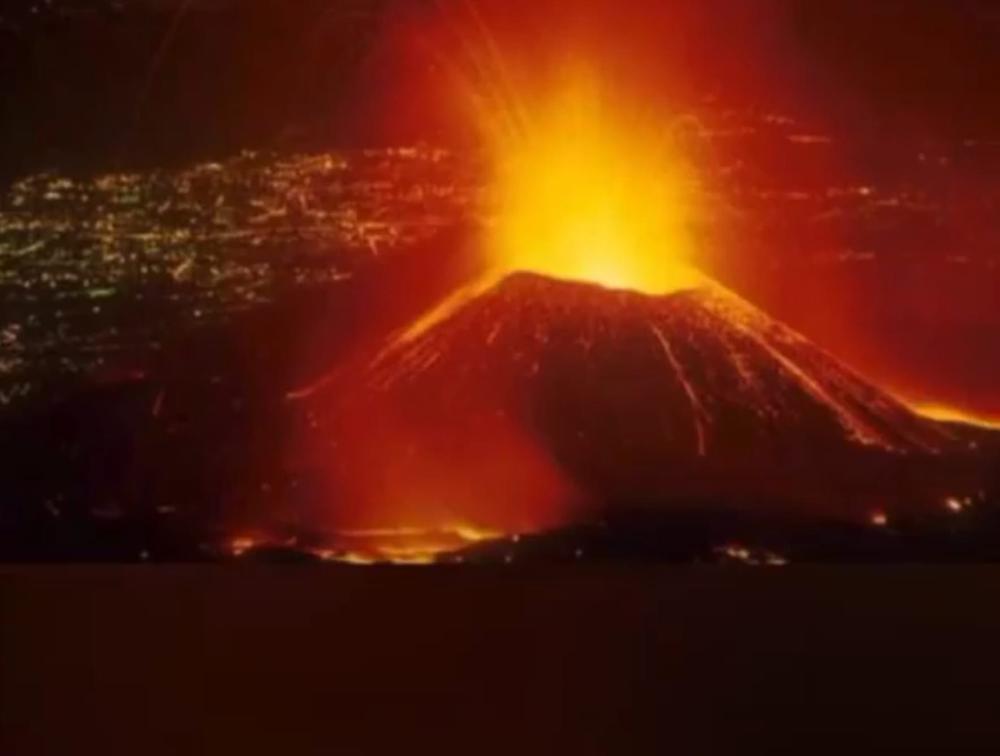 Volcano Erupts Near Congolese City Of Goma; Residents Flee
GOMA, Congo (AP) — Congo’s Mount Nyiragongo erupted for the first time in nearly two decades Saturday, turning the night sky a fiery red and sending lava onto a major highway as panicked residents tried to flee Goma, a city of nearly 2 million. No evacuation order was given by authorities, and there was no immediate word on any casualties. Witnesses, though, said lava already had engulfed one highway that connects Goma with the city of Beni in North Kivu province. Mount Nyiragongo’s last eruption, in 2002, left hundreds dead and coated airport runways in lava. Authorities at the Goma Volcano Observatory initially said it was the nearby Nyamulagira volcano that had erupted, only adding to the confusion. The two volcanos are located about 13 kilometers (8.1 miles) apart. Volcanologist Charles Balagizi said the observatory’s report was based on the direction in which the lava appeared to be flowing, which was toward Rwanda rather than Goma. Goma sits along the border between Congo and neighboring Rwanda, and is a regional hub for humanitarian agencies, as well as the U.N. peacekeeping mission known as MONUSCO. Source