FSSP Dave Domet (Vox Cantoris) Says Pope Francis Will Be Dead SOON! Pope Is In His Last Months! Is The FSSP Planning On Murdering The Pope? 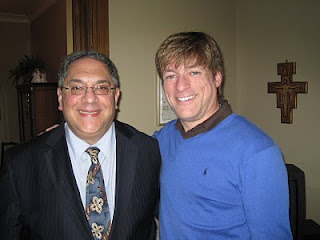 Fat Dave claims:
We have our own sources in the Vatican and will report the information now for your consideration. The recent surgery was not for diverticulitis but for colon cancer and he is wearing a colostomy bag and is in his last months. Hence, the rush to destroy before he is gone. Perhaps the next fall going up the stairs for Mass will cause it to splatter for all to see. Just exposure to a corrupt and despicable tyrant. "May his days be shortened and another his bishopric take." Source
Dave is blowing it out his ass.....
See you in Christmas for Pope Francis Christmas Mass....
The only way Pope Francis is leaving this world is if a FSSP nut job Murders the Pope.........
“The mischievous would attempt his life several times to do harm and shorten his days but neither him nor his successor will see the triumph of the Church of God. Our Lady of La Salette 19 Sept. 1846 (Published by Mélanie 1879)
PROPHECY OF MELANIE ON TWO POPES:
"I didn't see, I don't see any Great Pope or Great Monarch before an extremely great tribulation, horrifying, terrible and general for all Christendom. But before that time, twice there will be a short lived peace; TWO shaky, servile, doubtful popes" Mélanie