LIVE: Volcano Erupts On La Palma In The Canary Islands 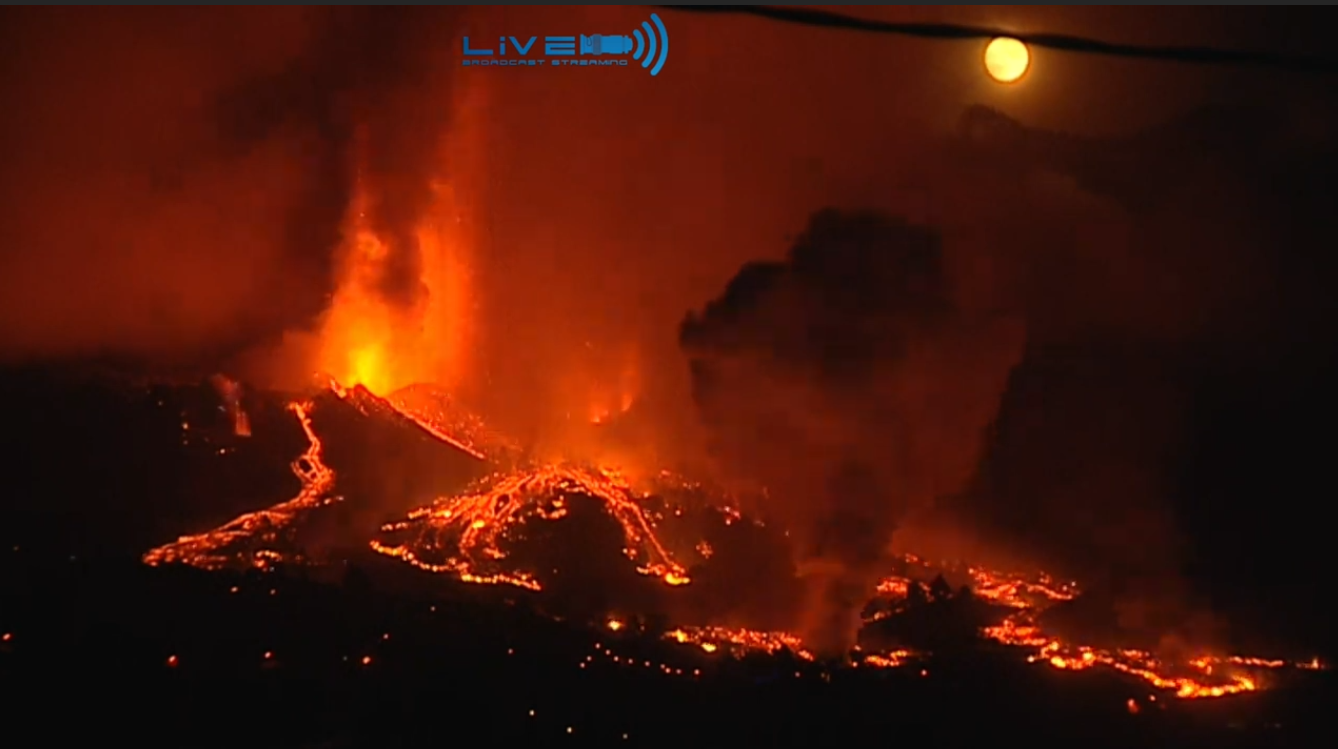 Volcano erupts on Atlantic island; lava destroys some homes
LOS LLANOS DE ARIDANE, Spain (AP) — A volcano on Spain’s Atlantic Ocean island of La Palma erupted Sunday after a weeklong buildup of seismic activity, prompting authorities to evacuate thousands as lava flows destroyed isolated houses and threatened to reach the coast. New eruptions continued into the night. The Canary Islands Volcanology Institute reported the initial eruption near the southern end of the island, which saw its last eruption in 1971. Huge red plumes topped with black-and-white smoke shot out along the Cumbre Vieja volcanic ridge, which scientists had been closely watching following the accumulation of molten lava below the surface and days of small earthquakes. Authorities immediately evacuated over 1,000 people, but Spain’s Civil Guard said it may need to evacuate up to 10,000 residents. La Palma, with a population of 85,000, is one of eight volcanic islands in Spain’s Canary Islands archipelago off Africa’s western coast. At their nearest point, the islands are 100 kilometers (60 miles) from Morocco. Source