Meditation Of The Solitude Of Our Lady The Virgin: And Of That Which Was Done After The Burial Of Her Son. Point III 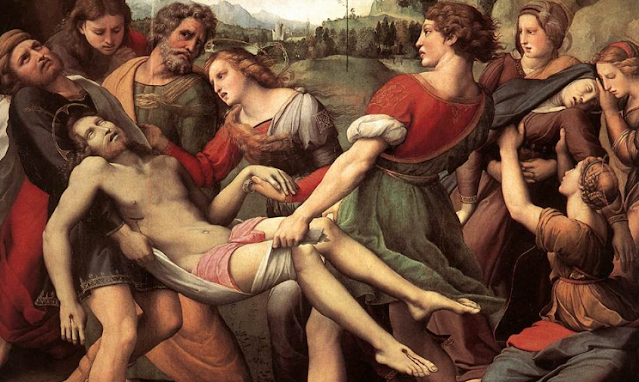 And the same day Mary Magdalen, and Mary of James and Salome, which had been to see the sepulchre, and the manner how the body of JESUS was entombed, brought and prepared ointments, wherewith they might anoint him, the Sabbath day being past:

1. In this passage, I will consider first, the devotion and vigilancy of these holy women, both in their attentive contemplation of that which passed at the sepulcher of Christ our Lord, and in well observing the place and the manner they left him, against they should return another time: as also in preparing speedily, aromatically spices wherewith to anoint him. For notwithstanding there had been already employed a hundred pounds of myrrh in anointing him, yet all that seemed little now unto them, by reason of the desire which they had to honor and serve their beloved Master, of whom they had received so much good. And albeit the source of these pious women, was mingled with some imperfection of faith, yet may I learn from thence two things, to be done by me during my whole life, especially after the holy communion. 1. The first is, quietly to contemplate for a good space, not of curiosity but of charity, all that which appertaineth to Christ crucified, dad, and buried for me, and the manner wherein he entered into the sepulcher of living souls, which do receive him the Sacrament, and what he afterwards to proceed, to gather the aromatically spices: that is to say, the exercise of odoriferous virtues, to the glory of God, profit of my neighbors, and to the edification of his Church, which is his mystical body, and is anointed and sweetly enbalmed with these works,