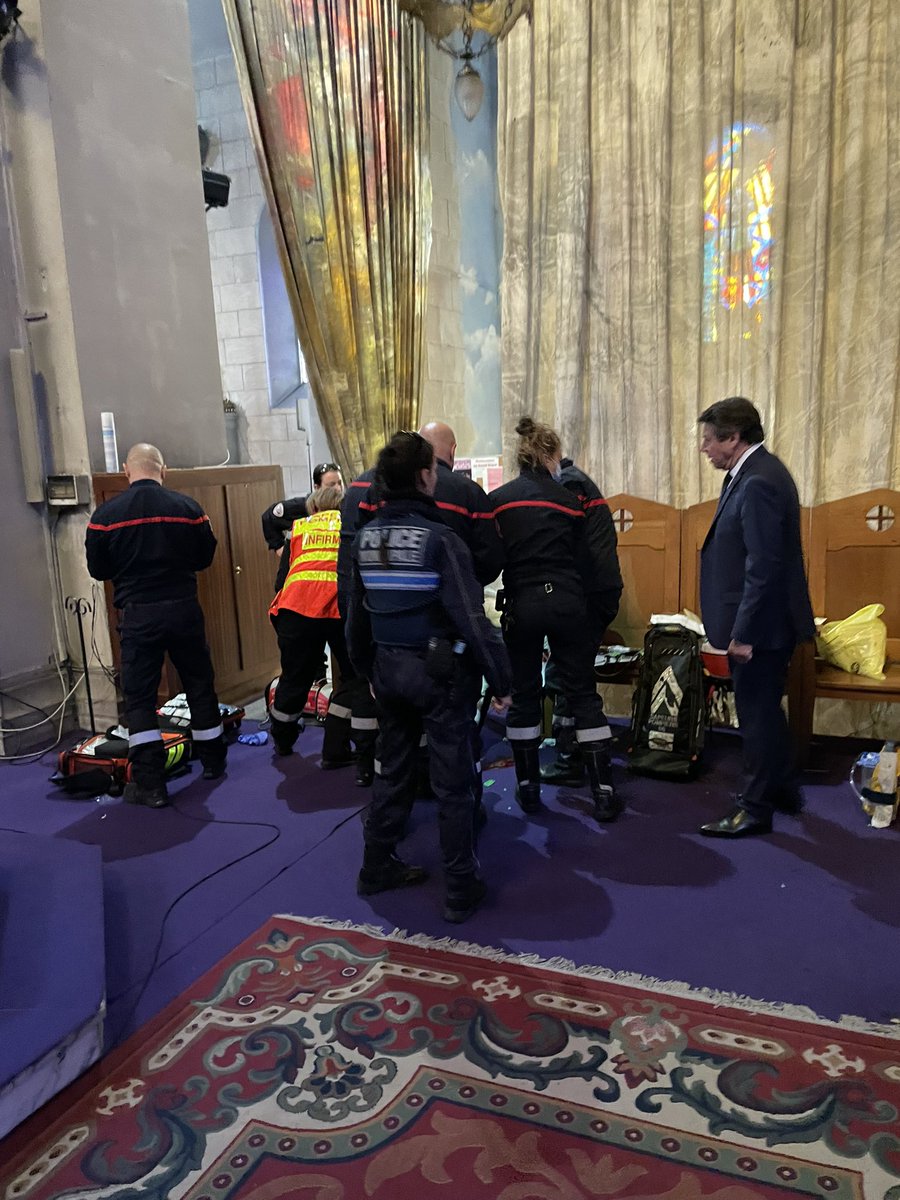 PARIS, April 24 (Reuters) - A man decribed as mentally unstable attacked a priest with a knife in a church in Nice, southern France, officials said on Sunday. Interior Minister Gerald Darmanin said on his Twitter feed the priest's life was not in danger and added that police had arrested the attacker. The assault came as France was voting in the second round of presidential elections. Nice mayor Christian Estrosi said the attacker was mentally unstable, had no criminal record and was known to have purchased a knife several days earlier. BFM TV quoted police as saying the attacker was a 31-year-old French man and there was no suspicion of a terror motive. Local lawmaker Eric Ciotti said the priest, named as Father Christophe, had been stabbed several times in the Saint-Pierre d'Arene church in Nice. He said a nun had been hurt in the arm as she snatched the knife from the attacker. Source