Ukrainian Victim's Skulls Shipped To Putin Worshiping FSSPers So That They Can Skull F*ck 'Em? SIX Human Skulls Found At Mail Facility On Their Way To Iowa 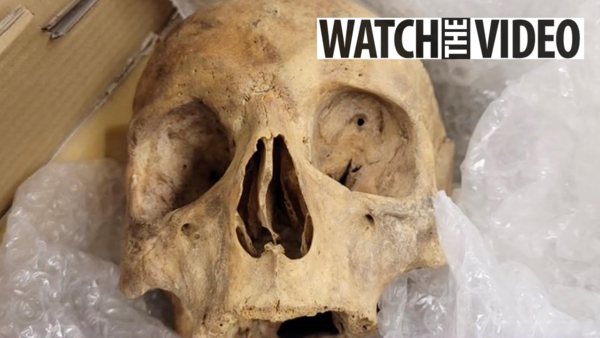 Recent Demonic Influenced behavior from those in the FSSP:
Don't tell me that the FSSP bears good fruit.
Strange - I thought about posting this for weeks now, but could not find a way to introduce it. Skull F*cking?
Until today when this story broke:
HEADING WEST Mystery as SIX human skulls found at mail facility on their way to Iowa
A K-9 dog has discovered six human skulls going through the US mailing system. The human skulls were shipped from the Netherlands and en route to Iowa before being taken away at O'Hare's International Mail Facility in Chicago.Three separate packages contained two skulls each, according to KCRG.com. All of the prohibited items were intended be sent to the same address in Iowa, the outlet reported. The skulls were passed on to the Centers for Disease Control and Prevention (CDC) for further evaluation. However, information on the sender and receiver had not been released as of Friday. Source
Of course you can say that I am exaggerating. Too sick to even think about it.
OK agreed but keeping aborted Fetuses in your home refrigerator - and doing this for over six years? And mocking the dead victims of War Criminal Putin?
So please....
Here is a list of demented FSSPers who worship Putin